Vancouver-based Yale Resources has commenced a 1,100 metre phase two core drilling programme at its Leicester copper property in northern Namibia. The company recently concluded a reverse circulation (RC) programme at its Makuru gold property in the same country. Thirteen holes were drilled there for a total of 1,740 metres. The Makuru property covers 170 km2 and is located in central Namibia some 140 km northwest of Windhoek. Both these properties were optioned from Helio Resource Corporation.

The 600 km2 Leicester property, located about 350 km northwest of Windhoek, covers a 30 km section of the Rehderstal fault, a regionally recognised structure that has been traced for over 125 km. Along this portion of the fault are two high priority copper targets, Rehderstal and Belvoir.

The first and most advanced of these targets is the Rehderstal target. The Rehderstal target area covers an area that measures nine by three kilometres. The host rocks are sheared 2 billion year old granitic basement rocks and variably brecciated volcanic and sedimentary units. Recent work has added considerably to the company’s confidence in the merits of the property as new data coincides with previously identified anomalies. The second target is the Belvoir target, located some eight kilometres to the east of the Rehderstal target.

There will be two distinct targets for the upcoming core drilling programme and these will be tested with a combination of deep and shallow holes. The deep holes are planned to test the potential for the Rehderstal target area to host mineralisation similar to that of the Zambian Copperbelt. The shallow holes are planned to confirm the open pit potential for oxide copper.

The Leicester copper property has excellent infrastructure, being crossed by both a paved highway and a 330 kV power line that passes through the nort-east corner. A railhead that leads to Tsumeb, home to the country’s only copper smelter, is located about 100 km to the east. 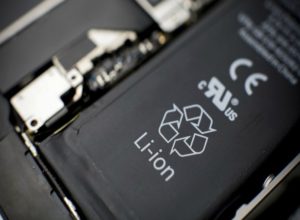