“Some weeks ago, Blyvoor completed a restructuring exercise following a consultation process in terms of Section 189A of the Labour Relations Act. The outcome of this exercise was that job reductions were contained to a total of 330, comprising 27 medical separations, 62 retirements, 101 voluntary retrenchments and 140 compulsory retrenchments,” he explained.

“In spite of the fact that Solidarity is not recognised as a bargaining unit at Blyvoor because it represents only a handful of employees, the union was invited to make representations at the Section 189A consultation process,” Pretorius said. “It failed to do this and it has now come to our attention that – after the fact – the union is seeking an urgent interdict against DRDGold.”

He accused the union of acting in bad faith. “It is seemingly intent on causing unnecessary anxiety and discord among the Blyvoor workforce by stating in public, without any substantiation whatsoever, that further retrenchments are planned,” he continued.

“We have made it very clear in two public announcements in recent days, what our intentions are regarding Blyvoor going forward,” Pretorius said.

“We have been enormously encouraged by the indications of support we have received from all stakeholders, and in particular the Blyvoor workforce and the two recognised unions, the National Union of Mineworkers and UASA. We look forward to working with the judicial manager appointed by the High Court, and are committed to doing our part to save Blyvoor in the interests of all stakeholders,” Pretorius said. “On the other hand, we find Solidarity’s actions counter-productive and downright mischievous,” he added. 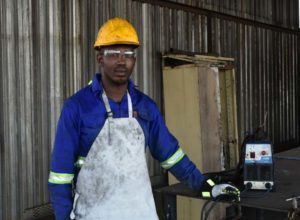