TSX listed Helio Resource Corporation has commenced its 2010 drill programme on its SMP project in the Lupa gold field located in south-western Tanzania. This programme is being done using one diamond drill and one reverse circulation (RC) drill. The 2010 programme is being funded by a private placement with the IFC, a member of the World Bank Group.

Helio’s SMP project area covers 238 km2, and within this project area are located six old gold mines. This includes the New Saza mine which was once Tanzania’s second largest gold mine, producing 270,000 ounces of gold at an average grade of 7.5 g/t of gold between 1939 and 1956.

The reverse circulation drill programme is aimed at testing new targets identified in a detailed magnetic survey conducted late in 2009. The drill targets are structural intersections and buried magnetic anomalies with similar characteristics to targets already successfully tested by Helio. 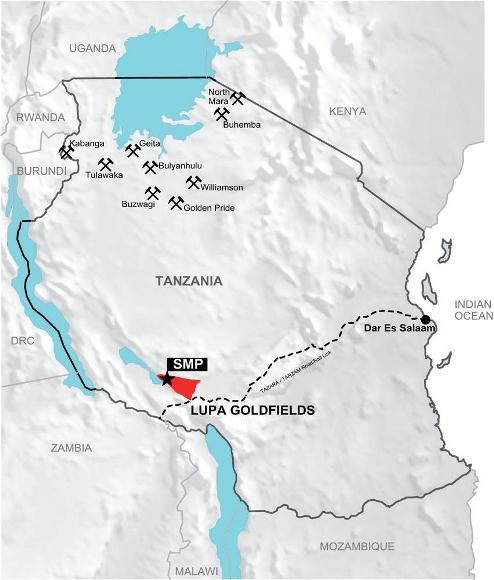 Since June 2006, the company has drill-tested thirteen targets, nine of which are hosted along the Saza shear zone. Twelve of the targets have intersected bedrockhosted gold mineralisation, the most advanced being the Porcupine and Kenge targets.

The company’s goal is to have an initial resource estimate by the end of this year.

Helio believes it is well placed because it has a large land package in a past mining district in an underexplored area which is road accessible, close to water sources, and with power supplied into the property. There is no population pressure and year-round exploration is possible.