In 1998, 22 of Europe’s leading companies involved with the manufacture, distribution and installation of a variety of energy saving goods and services came together to form The European Alliance of Companies for Energy Efficiency in Buildings, otherwise known as the EuroACE project. Members employ 438,000 people with a turnover of 70 billion across the EU.

The European Alliance of Companies for Energy Efficiency in Buildings, otherwise known as the EuroACE project, welcomes the opportunity to evaluate the European Commission’s draft directive on energy end use efficiency and energy services, and to provide you with EuroACE’s considered view of this important directive.

Before issuing the text, the Commission held two detailed hearings, in April 2002 and March 2003, where it heard from a wide range of interests. At both meetings EuroACE was invited to present our views on the possible contents of this long-promised directive.

EuroACE members are in broad support both of the overall objectives behind this directive, and of the way in which it is proposed that the objectives be realised.
The Green Paper on energy policy “Towards a European Strategy for the Security of Energy Supply” makes it clear that there are three main pillars of European energy policy. These are improved competitiveness via greater market liberalisation, increased energy security by minimising import levels, and reductions in emissions.

As the Green Paper states, as the first part of its long-term energy strategy: “The Union must rebalance its supply policy by clear action in favour of a demand policy.” It is our belief that this directive is an important component in achieving precisely that rebalancing.

Let me turn to each of the primary objectives of European energy policy. First of all there is the issue of improving competitiveness via greater market liberalisation.

There is no question that Europe’s consumers have benefited greatly from the liberalisation measures undertaken to date. However, there remains a key missing element. To quote from paragraph 1.1 of the directive: “The main obstacles preventing full integration of end use efficiency measures into the internal energy market relate to the lack of a harmonised and credible framework of instruments, mechanisms, definitions and information regarding energy efficiency services and measures.”

This paragraph encapsulates the reason why this directive is necessary, and why those ill-informed commentators who may seek to characterise it as purely another ‘command and control mechanism’ so misunderstand what is being sought.

DG TREN has in place a high level advisory forum, made up of individuals representing all interested views regarding energy policy issues. Having welcomed the directive’s proposed publication, the forum said: “It believes that its introduction will assist with the completion of the internal energy market, as it is designed as an economic measure intended to stimulate investments which will improve competitiveness and increase productivity. In future, internal market mechanisms should be developed to complement this important initiative.”

Turning now to the issue of energy security, we recognise that this directive forms just one part of the overall package on energy security issues approved by the Commission in December 2003. We firmly believe that security of supply will be improved by this directive, because energy efficiency measures will reduce the overall demand for energy consumption. This will in turn cut the amount of energy that needs to be imported.

The third justification for this directive is the ecological one. There is no question that the single most cost-effective and publicly acceptable way of reducing carbon dioxide emissions to combat climate change is by cutting the amount of fuel we burn. 2005 sees the launch of the Emissions Trading Directive. It is a directive which we welcome, particularly as the scheme should help internalise the cost of carbon dioxide into the electricity price – if not necessarily the natural gas price. Some more naïve economists might therefore be inclined to believe that Europe can rely solely on emissions trading in order to ensure that cost-effective emission reductions take place.

However, as paragraph 5.2 of the directive makes plain: “The assumed impact of emissions trading upon the demand side is based on an unrealistic situation of perfect competition, where price signals are automatically picked up by the customers, and where the many barriers identified in paragraph 1.1 of this directive, do not exist. Because of these barriers, the economic optimum impact on the demand side might not be achieved. It is therefore necessary that the Emissions Trading Scheme is complemented through specific and targeted measures, that tackle the barriers that are preventing economically sound energy efficiency improvements.”

Almost half of Europe’s energy is consumed in its 160 million buildings. A major part of the savings sought in this directive can be achieved through implementing practical energy saving measures in new and existing buildings.

Work undertaken for EuroACE by leading management consultants Caleb has shown clearly that 450 million tonnes of carbon dioxide could be saved annually through installing energy efficiency measures in buildings. Putting that figure into context, these savings are equivalent to around one-eighth of Europe’s current carbon dioxide emissions. Other research has demonstrated that implementing these measures would create over three million job years of employment.

There is a wide range of building energy efficiency measures available, which are so cost-effective that they can result in cost savings per tonne of carbon dioxide saved. This technology is ready and proven; no extra research and development is necessary. All that is missing is the stimulus to ensure that these technologies are installed – precisely what this directive is designed to facilitate.

In addition, these cost-effective measures will increase the viability of emerging renewable energy generation technologies. The public sector is in an excellent position to set a good example. It can also act to help market transformation, by insisting upon occupying only the most energy efficient buildings, thereby reducing annual revenue costs. EuroACE believes that only by adopting a specific target for annual improvements of total energy efficiency in the public sector will these savings be realised.

The average cost in many member states of saving a unit of off-peak electricity in the domestic sector is estimated at around 2.6 eurocents per kWh. This should be compared to the average off-peak price for delivered electricity of 3.9 eurocents per kWh. In other words, saving energy is 33% less expensive than seeking to satisfy the demand for energy services with new supply sources.

For that matter, we should note that the average on-peak price is 10.2 eurocents per kWh. So saving on-peak electricity cuts costs by almost three-quarters. Consumers do not seek to buy a litre of oil or a unit of power – what they are anxious to acquire is the services which such fuels provide: light or heat or motive power. There are technologies available which can reduce by one-third or even one-half the amount of fuel we currently consume in acquiring these services.

There may be some who argue that there is no need to require electricity and gas companies to deliver energy services. They suggest that this will just happen automatically. Our research suggests otherwise.

Certainly there are some excellent examples drawn from all round Europe showing how effectively gas and electricity providers have moved from their traditional roles of acting as merely sellers of fuel or – as is sometimes said – “purveyors of pollution”. They have succeeded in helping their customers enjoy improved energy services, whilst consuming less fuel.

But there are very few examples where this change of direction has been undertaken voluntarily. Our research arm conducted a survey covering 34 utilities and related organisations which had undertaken pilot projects funded by the Commission, helping to promote demand side reductions. These are some of the results:

All this is excellent news. But when asked whether they would undertake another similar scheme, only one in three companies was prepared to consider the continued provision of such energy services without any direct support from the Commission, or without being mandated to provide them.

This research underscores why such a directive is required. Article 13 of the directive reads:

This makes excellent business sense, but I note that the trade organisation Eurelectric is anxious to remove any reference to frequency of visits, or of measuring actual time of use. I doubt that many utilities would be pleased to see these alterations come into effect.

For years it has been accepted that improving energy efficiency is the key measure in delivering all the main energy policy objectives – improved competitiveness, increased energy security, and reduced carbon dioxide emissions. But equally it is clear that we have achieved very little of the reductions that we know to be possible, because there has never been any real requirement to deliver them.

In the recital for this directive, paragraph 7, we are reminded that: “In its resolution of 7 December 1998 on energy efficiency in the European Community, the Council endorsed a target for the Community as a whole to improve energy intensity of final consumption by an additional one percentage point per annum up to the year 2010.”

Under Article 4 this precise target of a 1% per year improvement is echoed, cumulatively up to the year 2012, but covering a maximum of just six years. However, we are alarmed that under Annex 1, calculations for such savings can stretch back as far as 1991. In other words, the minimum that is being required is a 6% improvement over a 21-year period. This will not do. At the very least the cut-off point should reflect that Council decision date of 1998, but we should preferably be adopting a target that delivers genuine annual savings of 1% for every year under consideration.

The year 2003 saw the introduction of the Energy Performance of Buildings Directive. This was the first important step in redressing this omission. The members of EuroACE are convinced that the directive discussed here will provide an equally important second step. 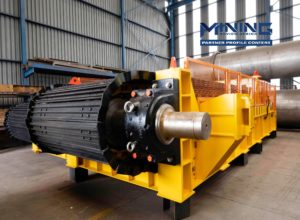