Ottawa, Canada — MININGREVIEW.COM — 17 July 2008 – Orezone Resources Incorporated – a Canadian-based, emerging intermediate gold producer – has launched construction of its Essakane gold project in Burkina Faso, following the signing of the relevant mining convention by the country’s minister of mines and energy. This was the last stage required in the Burkina Faso mining approval process.

A news release issued here stated that the convention stabilised and governed specific details relating to fiscal policy, taxation, employment, land and mining guarantees, and environmental protection in accordance with the country’s mining code. It is valid for 20 years and is renewable for the full life of the mining permit.

It also revealed that an immediate start was being made on construction, and the first consignment of mining and earth-moving equipment had arrived at the Essakane site. Orezone would use this equipment to commence the earthworks related to mine infrastructure construction.

The company release explained that skilled operators and trainers had already been hired and would start the operation of the fleet, while local Essakane area operators would be trained to use the equipment prior to the start-up of mining operations.

Essakane contains 4.0Moz of indicated resources and 1.3Moz of inferred resources at a 0.5g/t cut-off. Recoverable reserves contained within a US$600 gold price mine plan amount to 3.0Moz. The deposit remains essentially open and untested below 260m from surface, and is surrounded by several satellite deposits. The government of Burkina Faso has a 10% non-participating interest and a 3% net smelter royalty in the project.

Capital costs of the Essakane project have increased by 21% to US$420 million (R3.4 billion) as a result of increased plant capacity, higher allowances for contingencies and owner’s costs, changes in US/Euro exchange rates, and general inflation. 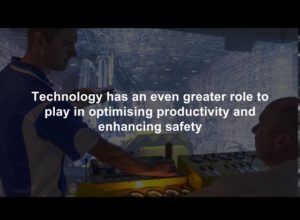