The European Commission – the 27-nation European Union's antitrust regulator in Brussels – has announced that it will rule on the transaction by 15 January next year. The EU had suspended the review on 25 August, pending the receipt of more information from BHP Billiton.

“We have complied with the relevant requests for further information and we continue to work towards achieving regulatory clearance before the end of this year,” BHP spokesman Illtud Harri told Bloomberg News by telephone from London.

The commission began an in-depth probe of the deal in July, saying that it had “serious doubts” over a combination that would control more than a third of the world's iron-ore exports.

Melbourne-based BHP – already the biggest mining company in the world – would also become the biggest producer of copper, aluminum, and coal burned by power stations.

Bloomberg reports that the commission can approve the transaction or force changes such as asset sales. The deal is also conditional on approvals in the United States, Australia, Canada and South Africa. The Australian Competition and Consumer Commission expressed concerns about the deal last month, saying the merged company “may have the ability and incentive to influence global supply and prices for iron ore.” The commission is due to deliver its finding tomorrow.

Asian and European steelmakers have opposed the transaction, saying it would give BHP too much influence over iron-ore prices. 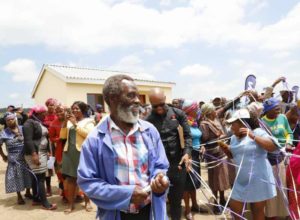