The announcement by Gécamines, DRC’s state mining company that it will renegotiate all contracts with international miners is part of a wider general trend as African states seek greater economic balance in mining contracts and an increased share of mining revenues.

This piece considers some of the renegotiation dynamics at play, and the issues investors and host states will likely consider.

As global demand surges for substances such as cobalt, copper, lithium and germanium, Africa’s preeminent position as a leader in natural resources will continue.

Indeed, the demand for such metals as cobalt and copper is forecast to double over the next few years as new technologies such as lithium-ion batteries used to power the world’s electronic cars and portable devices proliferate.

As a result, African states with in-demand mining and mineral assets are seeking to revise their domestic mining laws and renegotiate their mining contracts in order to increase the revenue they are receiving from exploration of their resources. Such renegotiations will take place against the backdrop of a wider investment environment in a host state, created by the combination of domestic law, the mining investment contract and investment treaties.

Gécamines’ renegotiation announcement did not come out of the blue. It was preceded by a lengthy reform process that commenced in 2012 which culminated in the DRC’s parliament passing Law no.18/001 of 9 March 2018, reforming its mining code.

The DRC’s revised mining code addresses issues such as royalty and tax payments, local content contracting requirements, environmental sustainability and local community engagement and mining development, all of which are key areas of interest to host states across Africa.

During any renegotiation, investors and host states alike will need to be clear on which of the specific domestic law provisions apply and the extent to which they may impact on contracts that still have time to run.

The benefits that host states derive from their natural resource wealth are largely determined by complex mining contracts between the host country and investors, which regulate the allocation of costs, risks, profits and benefits potentially over a period of decades.

One particular provision which has come to epitomise the tension between a foreign investors’ need for certainty and a government’s prerogative to legislate is the stabilisation clause.

This clause, which can be found in many existing mining contracts in Africa (and in domestic laws), acts to freeze the law applicable to the investment at the time the investment is made, or otherwise requires the government to compensate the investor for complying with the new law.

The existence and scope of such a provision will likely be covered in any renegotiation. Indeed, the DRC’s revised mining code has reduced the stability period during which taxes and customs laws cannot be modified from 10 to five years.

Furthermore, a common perception is that mining contracts between investors and host states exclusively fit within the law of the host state, operating contiguously with the domestic mining law.

However, in reality, the fact the investor is a ‘foreign’ investor, as is often the case for developing countries, means the contract will take on an international dimension, with potentially significant implications for a host state.

For example, this may result in the foreign investor being able to avail itself of additional investment protections not found in the mining contract (such as bilateral investment treaties), and recourse to international dispute settlement outside of domestic courts.

Investors and host states will need to properly understand the scope of the issues covered in the mining contract, in addition to appreciating the extent to which the contract fills any gaps left by the domestic mining law.

Additionally, both the investor and host state will need to be clear about what, if any, other rights or protections foreign investors may have and what additional obligations host states may have beyond the confines of the contract. The aim for both parties is to identify risk and remove uncertainty.

Although the negotiating balance of power has changed in favor of host states, the reality is that both parties need each other.

Mining companies need an ongoing rate of return on their investment, along with a stable economic, regulatory and social environment for the full period of their operations.

To stay in business, mining companies must go where the minerals and metals are and profitably develop those assets.

Governments need a steady and fair return on their national resources, ongoing development benefits from the resources and the maintenance of a sustainable environment for future generations.

Renegotiations of mining contracts between mining companies and host states across Africa will involve a delicate balance and alignment between the interests of both.

The key is to have clear negotiation goals, identify and set priorities, and understand the value of long-term stability, not only for the negotiating parties, but the local communities in which these vast and profitable projects take place.

Joseph Otoo has extensive experience working with clients on projects globally, particularly in the energy and infrastructure sectors.

His main focus is the resolution of technically complex energy and infrastructure project and related disputes across a range of industry sectors.

Otoo frequently works in multi-disciplined and multi-cultural teams that include project personnel in risk identification, dispute avoidance and change management.

He has particular interest in working with clients in emerging markets and jurisdictions, with a focus on Africa. 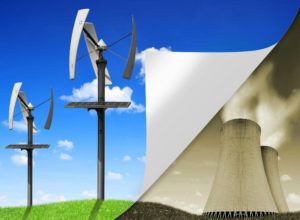