Lusaka, Zambia — MININGREVIEW.COM — 09 March 2009 – Swiss-based Glencore International AG has notified the Zambian authorities that it plans to halt operations at its Mufulira copper mine in the north of the country, and to put its Nkana mine under care and maintenance.

“Glencore has notified the government that it wishes to cease operations at its Mufulira copper mine because of the high costs of production,” said mines minister Maxwell Mwale on state television. “They have also signaled their intention of placing the assets of Nkana mine under care and maintenance,” he added.

Mwale said the Swiss firm – which operates the Nkana and Mufulira mines as a joint venture with Canada’s First Quantum Minerals – had stated that it would only resume operations at the mines once copper prices reached around US$5 500 (about R57 750) per tonne.

“The company alleges it has been making losses due to the global crisis, but as government we feel there is a way to keep these units running,” Mwale went on to say, but he gave no further details.

Reuters reports that copper for three month delivery on the London Metal Exchange is around the US$3 700 (R39 000) a tonne mark.

The plans to shut the Mufulira underground mine come only a few months after Luanshya Copper Mines suspended operations of its Baluba copper mine and Chambishi Metals Plc – Zambia’s largest copper producer – due to the global financial crisis.

Mwale said the government would seek to talk with management of Mopani Copper Mines (MCM), the unit that operates the mines on behalf of Glencore and First Quantum. 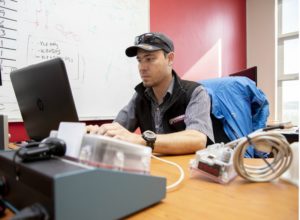