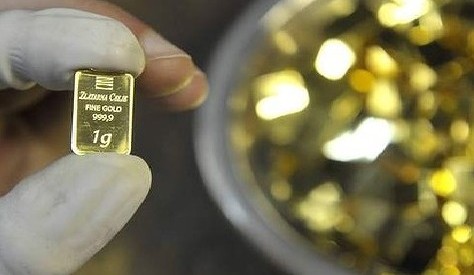 This is according to ANZ’s report `East to El Dorado: Asia and the Future of Gold’ which adds that it will more than double its current value of around $1 150.

According to the report, growing wealth across Asia, particularly in China and India, will lead to demand for gold bullion and send its value soaring.

ANZ has said, since 2003, that the gold price was likely to surpass its real record high or inflation adjusted high of $2 400 per ounce due to store of value, investment and central bank monetary demand.

“Asia’s rise will have profound implications for the gold market,” ANZ chief economist Warren Hogan says. As incomes rise across Asia, so will the appetite for gold rings and necklaces, the report predicts. “A growing middle class will buy more jewellery.”

There will also be an increasing appetite for gold coins and bars as stores of value.

Gold holds cultural significance in China, India and across much of Asia, where gold is considered an ideal gift for weddings in the hope it can bring luck and happiness.

Difficulty in obtaining gold in China and India in the past also adds to the allure, according to the report. The Chinese government has a history of nationalising gold stores and prohibiting gold ownership, while in India gold imports were largely banned until 1990.

“And regional central banks will purchase more gold to provide confidence in newly floated currencies…  These factors will support a long term and significant increase in the gold price.”

“While the near-term could see prices trade only marginally higher over the next few years, we believe the combined effect of greater demand from investors and central banks will see gold prices rise materially over the long-term,” it continues.

“Beyond its role as the world’s largest producer and consumer of physical gold, we believe China will eventually dominate the price discovery process too, as Asia’s financial centres gradually open up. There is no reason why Shanghai should not become a major centre for gold trading provided the appropriate institutional and legal reforms take place.”

A climbing US dollar has dampened investor demand for gold so far in 2015, but investors still see gold as a safe haven during periods of share market and economic decline the report says.

“One things that’s never changed for the gold market in the last 30 or 40 years is its safe haven appeal.”