A new, international Chinese gold fund with over 60 countries as members expects to raise 100 billion yuan or $16 billion, and will develop gold mining projects across the economic region known as the New Silk Road.

This is according to gold broker GoldCore and author of the original announcement Mark O’Byrne.

The project is being overseen by the Shanghai Gold Exchange (SGE) and it is likely that the newly mined gold will either be traded on the SGE or be sold directly to the PBOC and other central banks.

O’Byrne makes reference to Shanghai Securities News which reported yesterday that two leading gold producers, Shandong Gold Group, the parent of Shandong Gold Mining, and Shaanxi Gold Group will take stakes of 35% and 25% respectively, with the rest owned by other unnamed financial institutions.

The China Gold Association is on record as saying that they aim to surpass Germany in the near future as the second largest holder of gold reserves – with 4 000 t of gold. The PBOC’s sights are on the 8 500 t mark which is the amount of gold supposedly held by the U.S. – reserves unaudited for half a century.

The new order which is emerging out of Asia is one in which gold will clearly play a central role. The Chinese move may be designed to ensure a supply of gold in the event that a systemic or monetary crisis leads to a cut off in the massive flow of gold bullion from west to east seen in recent years.

Given the tiny size of the physical gold market, the Chinese are aware that there will likely come a time when physical gold bullion may be very hard to acquire – especially in the volumes that have been acquired by China in recent years.

Investors would be wise to pay heed to these important trends and gold’s reemergence as an important monetary asset both for individuals, central banks and powerful nations warns O’Byrne. 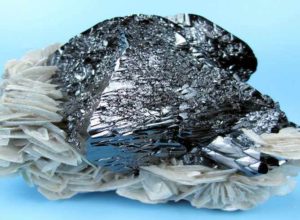