Companies that inhabit the engineering and contracting space have been tested during the past eighteen months. One that has passed those tests and gained significant contracts during this challenging period is bulk material handling specialist ELB Engineering Services.

ELB Engineering Services trades in intellectual property which it uses to build solutions to the benefit of its clients.

As of the beginning of March 2010, ELB Engineering Services was involved in 37 projects ranging in scale from R10,000 to R1 billion. Chief Executive Dr. Stephen Meijers puts it simply; “We are successful because of our ability to deliver a good product.”

That, in turn, rests upon ELB Engineering Services’s ability to create capacity to meet demand. To that end ELB has established a number of partnerships with both South African and international groups to develop business together in South Africa and Africa. 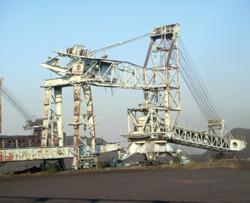 ELB is a household name in Southern Africa and it has a solid balance sheet. Its offshore partners have benefited from associating their brand names with it. These include FAM, Cyclonaire, Cemtec, Claudius Peters, Thor and the Seram Group. “The ability to double brand benefits everyone, as it allows for us to be a much larger onestop- shop than ELB can be on its own. It allows us to be a world class innovative solutions provider,” Meijers says.

The company is able to provide solutions from the orebody being mined all the way through the business chain, starting with drill rigs, trucking to the top of the pit, conveyors and stockyards, crushing and screening, all the way through to the process plant. From the back end of the plant it can provide the solutions, ranging from loading of trucks and trains through to port construction and shipping. In a South African context, that places ELB Engineering Services in a unique position.

Partnerships and Projects
Over the past year ELB has entered into an alliance with PBA Projects, which builds modular plants and is involved in process engineering. The partnership is known as EPE and its first project was the EPCM contract for Mooiplaats, Coal of Africa Limited’s (CoAL’s) initial thermal coal project in South Africa. EPE was involved from the bottom of the adit to the loading of the trucks and all related infrastructure. The Mooiplaats colliery is ramping up production to 2.4 million run-of-mine tonnes by 2013. 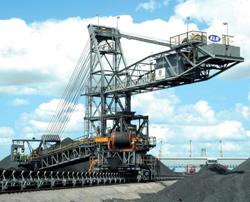 Based on the work it did for Mooiplaats, EPE was awarded an additional contract at one of CoAL’s coking coal projects in Limpopo, where it is undertaking the full EPCM contract in addition to supplying the modular process plant. The follow up business was obtained based on ELB’s ability to provide a cost effective solution in an exceedingly short time.

Through another partnership, this time with Claudius Peters, ELB has access to the latest pneumatic conveying technology. Fluidcon technology is a combination of traditional and new ideas. Claudius Peters has its own test facility in Germany and has spent five years, from 2000, testing and perfecting conveying technology, which is essentially positive pressure conveying and air slide technology. In their first installation in South Africa, ELB recently commissioned a conveying system at PPC’s Dwaalboom cement plant using Fluidcon technology. A key consideration for using Fluidcon technology was the reduced power consumption of the conveyors and at Dwaalboom this reduction could be about 35% when compared with other pneumatic conveying systems. The design of the Fluidcon system also reduces wear rates and thus almost halves the maintenance costs when compared with similar technology and the lower conveying velocities of between 2.0 m/s and 10 m/s also results in gentler materials handling.

ELB is involved in a number of high profile projects, none more so than the upgrade of Grindrod’s Matola facility in Mozambique. It is undertaking phase three of the expansion, which entails upgrading Matola’s capacity from handling 4.0 million tonnes per annum (mtpa) to handling 6.0 mtpa of coal or similar related product.

This is seeing ELB supply one new FAM bucket wheel stacker reclaimer and a new shiploader, and it is upgrading all the conveyors and jetties. It is also upgrading the electrical and control system of the terminal and dealing with the terminal’s environmental and waste management infrastructure. It is believed this will be a world class export terminal and the work, due to be completed at the end of the August 2010, is on track for that timeline.

Another substantial project, this one recently completed, was the refurbishment and supply of new equipment to the manganese terminal in Port Elizabeth. The project included upgrading 45 year old machines to ensure future reliability and extension of life. The equipment upgraded included two bucket wheel reclaimers, three stackers and two shiploaders. In addition, one new FAM bucket wheel reclaimer was sourced. The client, Transnet and the EPCM consultant, a joint venture between Hatch, Mott MacDonald and Goba, are happy with the outcome of this project.

In terms of more recent major contracts, DRA awarded ELB Engineering Services the EPC contract to provide the 6,000 tonnes an hour rapid train loading and conveying infrastructure system for the Khumani Expansion Project. Schenk Process will provide the load cell and control technology. This work began in December 2009 and will continue until the second quarter of 2011.

In Sierra Leone, ELB won a contract related to the Tonkolili iron ore project being undertaken by UK listed African Minerals. It is mandated to upgrade equipment to enable the export of iron ore through the port of Pepel by the end of 2010. The eventual aim is to build an operation at Tonkolili that can support 45 mtpa of production. ELB won the contract due to its ability to react and mobilise rapidly with an appropriate technical and commercial solution. Within ten days of being awarded the African Minerals contract ELB had its 30 person EPCM office for that project in place, including 15 people out on site.

ELB has been awarded an order for a power station project in Africa for the terrace coal and ash handling conveyors system. Work began on this project in February 2010 and the goal is to ensure the ash handling system can receive ash from the first boiler as from 2012. The package is an extensive one as illustrated by the fact that it involves 54 conveyors of varying lengths.

The refurbishment of bulk materials handling equipment is a substantial part of ELB’s business, and one such project it has recently completed featured a tippler at Lafarge. ELB had to assess whether to refurbish or replace the old machine. In the end the solution was a combination, with the existing pit and infrastructure used in conjunction with a new tippler. This was commissioned in early April 2010.

Some of ELB’s Key Partnerships
That ELB Engineering Services is able to cover so much ground is due to its double branding and key partnerships, which include:

FAM (Forderanlangen Magdeburg) – This German company is a provider of bulk materials handling equipment, including crushing, screening and stockyard equipment, as well as ship and port related equipment.

Thor – Through its partnership with Thor which is a Canadian based group that provides mobile material handling solutions, particularly around radial luffing stackers, ELB has already completed three projects in South Africa. It also pioneered the use of such technology in South Africa.

Seram – ELB’s partnership with this French company gives it access to handling cranes that use a patented hydraulic equilibrium system. Seram’s range of cranes can be used to handle both containers and bulk materials for ship loading and unloading.

Ports of Africa – This is a joint venture between ELB and A-Cubed Consulting. A-Cubed Consulting’s logistics expertise complements ELB’s engineering expertise to ensure that the client can get a comprehensive solution to any port related requirements. To date this partnership has undertaken projects all over South Africa, and in Mozambique, Kenya, Liberia and Sierra Leone.

EPE – This is the name of ELB’s joint venture partnership with Cape Town based PBA, through which it currently builds and supplies modular process plants in the gold, chrome and coal sectors. Since the partnership’s formation in December 2008, it has undertaken in excess of R300 million of work.

Aside from its partnership philosophy that gives it a very powerful intellectual property base to work off, Meijers gives two other reasons for ELB’s ability to win contracts.

The company is not rigid in its approach to contracting and can put together a contractual and commercial scheme suited to the specific project. Secondly, as Meijers puts it, “We are successful because we add value to the client’s investment at a commercially and financially acceptable rate.”

ELB Engineering looks at a large pre-assembly component in its projects and the modularisation of the process allows it to do wet commissioning before it gets to site. “Basically we do good engineering and project management,” Meijers says.

If one is looking at a project in the bulk materials handling field, ELB is very well placed. It has technology partnerships to handle fine powders, and make the best use of pneumatic technology. It has double branded itself with links to world class technologies and it has the expertise to put together the best arrangement to please the client. Over the history of the group, ELB has built a strong network of relationships with small independent engineering and consulting organisations whose knowhow it can tap into rapidly.

Meijers believes ELB is in the right space. It is focused on materials handling, and thus its fate is not determined by that of any one specific commodity. “If the demand is not there today, it will be there in the future and we are creating the capacity to meet that demand.”