Johannesburg, South Africa — MININGREVIEW.COM — 16 July 2008 – A strike at Harmony Gold Mining Company Limited’s Virginia mine in the Free State brought operations at the mine to a standstill yesterday.

Harmony acknowledged in a statement released here late yesterday that 6 500 employees at its Virginia operations had downed tools earlier in the day.

The work stoppage at the Virginia operations was related to a safety incident at Unisel Mine, where an employee lost his life last Friday, the statement added. Harmony was engaging with regional union representatives to address the matter.

The employee was killed at Unisel after accidently injuring himself with a water jet that he was operating. Unisel has enjoyed an excellent safety record until this unfortunate incident, having last week achieved its one million fatality free shifts.

The statement went on to reveal that in another incident, an employee had been killed earlier yesterday in an accident involving a scraper at Harmony’s Elandsrand Gold Mine. It added that

The company would continue everything in its power to eliminate fatal accidents on its mines.

Meanwhile Reuters reports that a worker was killed at the Gold Fields Kloof mine yesterday. The mine’s main shaft has been closed for investigations. 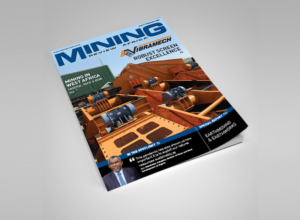