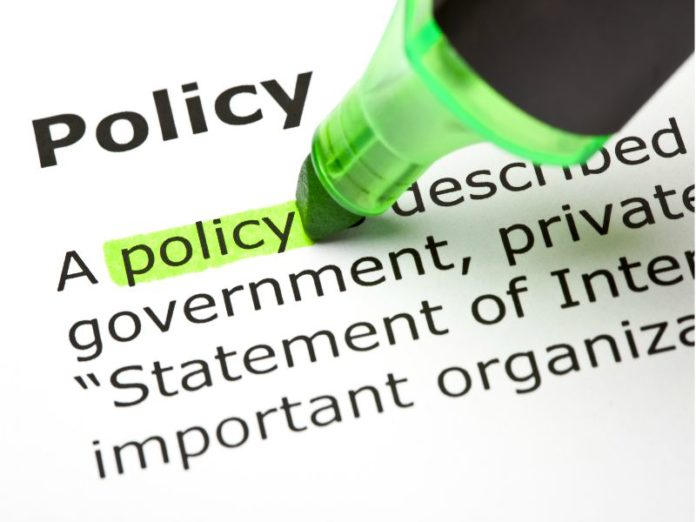 The mining regulatory framework in the Southern African Development Community (SADC) went through notable changes in 2018.

Most countries in the region materially reviewed their mining policy and legislative structures as the region attempts to revive and jump start its economies.

It is important to note that the mining industry has taken center stage in addressing economic and socio-political issues in the region and appears to be encountering a fundamental shift from its traditional roles of economic stimulation and job creation.

In addition to those traditional roles, the industry is increasingly being positioned as a vehicle for social and economic transformation in addressing social inequality emanating from the legacy of colonialism and segregation.

This has led to key shifts being implemented throughout the region in various forms to address social and economic problems.

The performance of the mining sector is strategic to economic growth and stability in the region.

In 2018, Zimbabwe overturned its indigenization requirements and scrapped the 51% indigenous shareholding quota for all minerals and initially excluded diamonds and platinum.

The Diamond policy was recently announced and will see only four companies operating in the country with foreign partners being allowed to own more than 49% in the joint ventures.

The promulgation of the policy is an indication that the indigenization requirements will also likely be relaxed in the platinum sector.

This position was taken on the backdrop of serious economic challenges and is calculated to open the country as a destination of foreign direct investment.

The move was received positively by investors and resulted in significant mining projects being finalized such as the platinum project being spearheaded by Karo Resources.

The Government also made commendable effort to support small scale mining by introducing favorable operational conditions and formally recognizing the sector in the mining legislative framework.

As a result, the gold small scale mining sector has done significantly well in 2018 and has mostly outperformed large-scale miners throughout the year.

Notable changes to the Mines and Minerals Act are in the pipeline which seek to bring better governance and inclusivity in the sector.

While the immediate efforts are bearing some bearing fruit, Zimbabwe needs to action its commitment to the improvement of governance and accountability issues in the sector.

Mining holds significant potential in improving the economic crisis the country is experiencing because it is a major foreign currency earner and has a multiplier effect of spurring on growth in other areas of the economy.

Significant measures need to be crafted and implemented in respect of improving transparency and oversight over mining contracts and the distribution and use of mining revenues by government.

Formulating effective policies in these areas will improve the contribution of the mining industry to overall economic growth.

Generally, the mining sector performed well in 2018 but fiscal constraints have continued to affect productivity especially with large scale miners.

There is a need to find sustainable solutions to the prevailing fiscal difficulties in order to attract more investment into the country and allow mining entities to operate at full capacity.

Namibia followed suite by removing the requirement for mining entities to have a minimum indigenous shareholding of 5% held by previously disadvantaged groups.

The change in policy follows efforts by Government to recapitalize the sector and attract more investment.

It is a considered view that while economic pressure makes it pertinent to re-look key policies, the retraction of empowerment initiatives masks the urgency of the compelling forces that necessitated their crafting in the first place.

The solution to the poor results registered with most empowerment initiatives does not lie in removing the initiatives but in crafting practical and sustainable policies.

In order to make empowerment initiatives a success, governments must balance two important needs, on one hand, the responsibility to bring meaningful economic transformation to their countries and on the other hand also being held by the international investment market as stable and viable business partners.

An honest assessment is required on why the policies have failed to bring the intended transformation and why they are resulting in negative foreign direct investment.

Crafting sustainable policies is a collective effort that requires the collaboration of all stakeholders in order to achieve the optimal balance of interests.

South Africa on the other hand is forging ahead with its empowerment initiatives.

The country is fighting off a recession that has presented significant challenges for business.

Whilst the mining sector is still in a relatively healthy state, it is facing the burden of rising costs of production especially on electricity and wages.

Notwithstanding this, South Africa has had to address the growing pressure of wealth and economic inequality in its country.

The Broad-Based Socio-Economic Mining Charter was finalized during the year. The Charter enhances empowerment initiatives and creates more impetus towards equality and inclusiveness of previously disadvantaged groups in the mining sector.

Among the many features of the Charter, it requires an increased indigenous shareholding of up to 30% for new projects while maintaining the previous 28% for companies that had complied with previous quotas.

This shareholding includes room for the participation of communities, employees, women and Black Broad Based Economic Empowered Entrepreneurs (B-BBEE partners).

The space for local and indigenous companies to participate in the sector has been created and the success of these initiatives now lies in the ability and capacity of B-BBEE companies to take up this space effectively.

It is important to note that creating space for previously disadvantaged or vulnerable groups in any sector needs to be complemented by comprehensive and continual capacity building to enhance the skills, competitive edge and knowledge of the recipients.

The quality of their participation in the economy rests on their ability to realize their full potential.

Governments need to deliberately create initiatives that also look at enhancing the capacity, skills and knowledge resources of empowered groups so that they can fully benefit from the initiatives and grow into competitive entities.

Empowerment is also a main theme in the various reforms that were introduced in Tanzania between 2017 and 2018.

While re-asserting the sovereignty of Government in the regulation of the sector, the two Acts also enunciate the role of government as a steward of natural resources for and on behalf of the Tanzanian people.

Natural resources should be used to bring benefit and maximum value to the country they belong to.

The duty to conclude contracts that are in the best interests of the country is fortified by these two Acts which enable the disclosure of all contracts concluded in respect of natural resources to the National Assembly and further give authority to the Assembly to review the contracts.

Any terms which are found to be unfair or likely to jeopardize the interests of the country referred for re-negotiated or expunged if they cannot be renegotiated.

It is commendable that the oversight and advisory role of the National Assembly to Government has been crystalized into legislation. It encourages accountability and transparency.

Parliamentary oversight plays a vital role in ensuring that governments make prudent decisions on behalf of their constituents. It also affords a direct platform of interaction between citizens and government on issues emanating from the industry.

The Democratic Republic of Congo (DRC) also enacted a new Mining Code in 2018.

The main thrust of the code was to secure more benefits from the mining fiscal structure by introducing significant increases in various taxes.

Among the many fiscal reforms, royalties’ rates were increased up to 10% for strategic minerals, super taxes of 50% were introduced for windfall profits, contributions to local communities have been pegged at 0.3% of a company’s turnover and the states free-carry shareholding in all mining projects was increased from 5% to 10% and thereafter set to increase by a further 5% each time the mining license is renewed.

The Code garnered a lot of opposition from the mining industry. Zambia is also set for clashes with mining companies as it sets to introduce a new tax structure in January 2019 in order to increase revenues collected from the mining sector.

Such resource nationalism initiatives are an attempt to harness more value and revenues from the sector.

However, while strong fiscal positions are necessary, they are fully beneficial when they are also complemented by strong accountability systems and institutions.

Taxes are a significant part of the mineral value system, but governments can also leverage on other benefits created by the mining sector such as taking advantage of infrastructural development opportunities that come with mining projects to spur development in energy, water, roads, information communication technology infrastructure projects.

Instead of concentrating on taxes only, mineral rich countries can also negotiate different financing and technical support structures with mining investors on dedicated infrastructural projects that benefit the country.

This allows the tax framework to remain attractive while also harnessing significant economic rewards from the industry.

Investors need to embrace that the region is faced with challenging economic and social issues.

Companies operating in the sector are increasingly being required to participate in finding solutions to these problems and becoming vehicles of social and economic transformation.

The mining sector is strategic to the regions’ economic emancipation thus a lot of attention is being given to its regulatory framework as an attempt to position the sector for this role.

While restructuring of laws and policies is important in effective regulation, the power of good governance should also not be ignored.

The entire value chain regulating the mining sector should be guided by principles of accountability and good governance. This also includes accountability of how revenues generated by the sector are distributed, utilized and saved.

The finite nature of minerals makes this responsibility imminent. Broad based development is a result of inclusive policies and good governance. A weak form of either will militate against the objective.

The year 2019 holds great potential for the mining industry in Southern Africa if the region continues to invest in the effective management of its mineral resources, entrenching good governance and accountability and taking advantage of regional integration.

More significant policies are likely to be promulgated across the region in 2019 especially aimed at harnessing more value from the sector.

Whilst this is inevitable especially with struggling economies, the trajectory of the reforms should not be short sighted. Reforms need to solve the imminent needs whilst still catering for future.

A lot of technological advancement has occurred in the sector globally and the region needs to keep up and remain competitive. One way to achieve this is by investing in regional synergies.

The SADC Mining Protocol paves way for collaboration and harmonization of the region’s mining regulatory framework.

While each country can achieve a lot on its own, the region can achieve greater by learning from each other’s mistakes and creating a standardized regulatory framework that stabilizes the regions risk profile and creates certainty while neutralizing individual country weaknesses by leveraging on collaborated strengths.

This is an area that remains untapped by the region and yet could hold the key to taking the mining industry in Southern Africa to the next level.