New Delhi, India — 19 October 2012 – Jindal Steel & Power Ltd. (JSP) “’ India’s second-biggest steelmaker by value “’ is approaching an iron ore mine acquisition in West Africa for at least US$2 billion as it seeks raw material to feed its factories at home and in Oman.

Bloomberg News reports that the investment will secure deposits of at least 1 billion metric tonnes and include building a transport line, according to executive director Manish Kharbanda, who did not identify the seller. The New Delhi-based company has looked exhaustively for reserves in Sierra Leone, Ghana, Mauritania, Sudan, Gabon and Liberia, he said.

Jindal Steel, which plans to more than quadruple capacity by spending as much as US$6.5 billion in the next two years, is looking to secure raw material sources following curbs on iron ore mining at home.

“As long as Jindal Steel doesn’t go overboard with the price it pays, the overseas acquisitions should serve it well,” said Chirag Shah, an analyst at Barclays Plc in Mumbai, who has an overweight rating for the stock. “There are risks in west Africa “’ one has to be wise enough not to commit a lot of money upfront.”

“We’re in advanced stages of talks, Kharbanda said, without giving details. “The lesson we learnt from Bolivia is to not put all our eggs in one basket.”

Jindal Steel already operates coal mines in South Africa and Mozambique and recently acquired Canada’s CIC Energy Corp., which is developing a coal mine in Botswana. 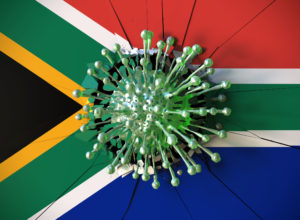