Infographic: 2014 elections and its impact on SA’s mining industry

Voters will begin queuing outside polling booths across South Africa tomorrow to make their mark in the country’s fifth democratic election. Economic and political commentators, such as Justice Malala, have offered their views on the impact that the election outcome will have on South Africa.

Nevertheless, the three-month platinum sector wage strike, the longest in South Africa’s history, has overshadowed the economic outlook of the elections. Investors are more concerned about the threat that strike action poses to the growth and productivity of the industry.

“We cannot underestimate the impact that has on the South African economy, where you have an entire industry that is shut down for a quarter of the year. The knock-on effect in terms of the growth implications further down the line are absolutely massive.,” said Mohammed Nalla, the head of strategic research at Nedbank’s investment banking group.

Now in its fifteenth week, the strike by 70 000 workers at Anglo American Platinum (Amplats), Impala Platinum (Implats) and Lonmin has cost companies almost R16 billion in lost revenue and workers over R7.1bn in lost wages, according to the companies.

Because predictions foresee the ANC winning the elections with over 60%, keeping President Jacob Zuma in power, investors are likely less concerned about the outcome of the voting. Neverthless, the upcoming elections are expected to impact the mining industry in several ways, according to Malala, as expressed in the following infographic. 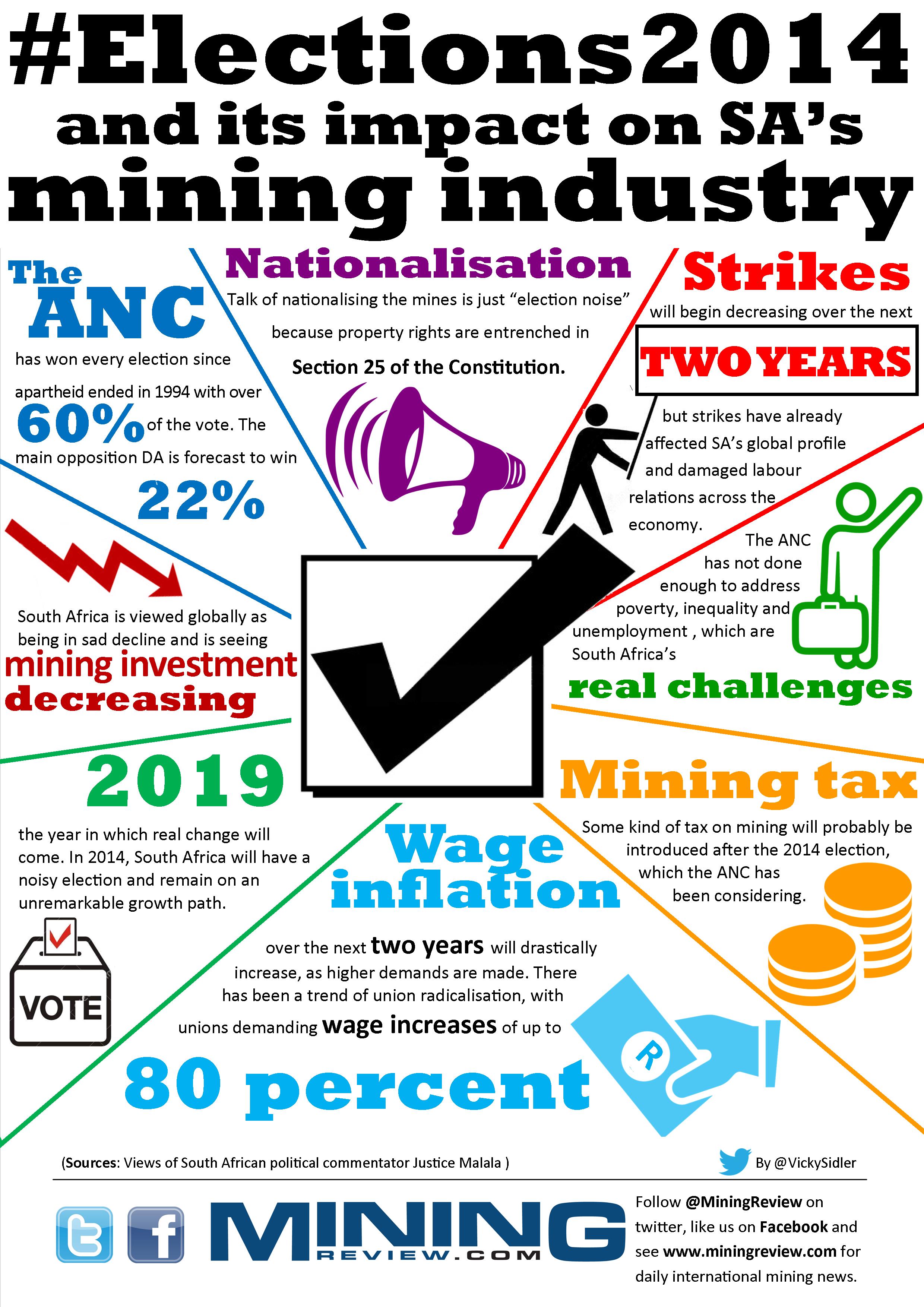