Infographic: How attractive is Africa to investors?

The report shows a dramatic improvement in investor perception about the attractiveness of Africa, but stubborn perception gap remains between investors already operating on the continent and those who are not.

The overall survey results show that Africa has moved from third last position in 2011, to become the second-most attractive investment destination in the world, behind North America. Sixty percent of survey respondents said that there had been an improvement in Africa’s investment attractiveness over the past year, up four percentage points from last year’s survey.

Seventy-three percent of those who are already established in the region believe Africa’s attractiveness has improved over the past year versus 39% who are not established. 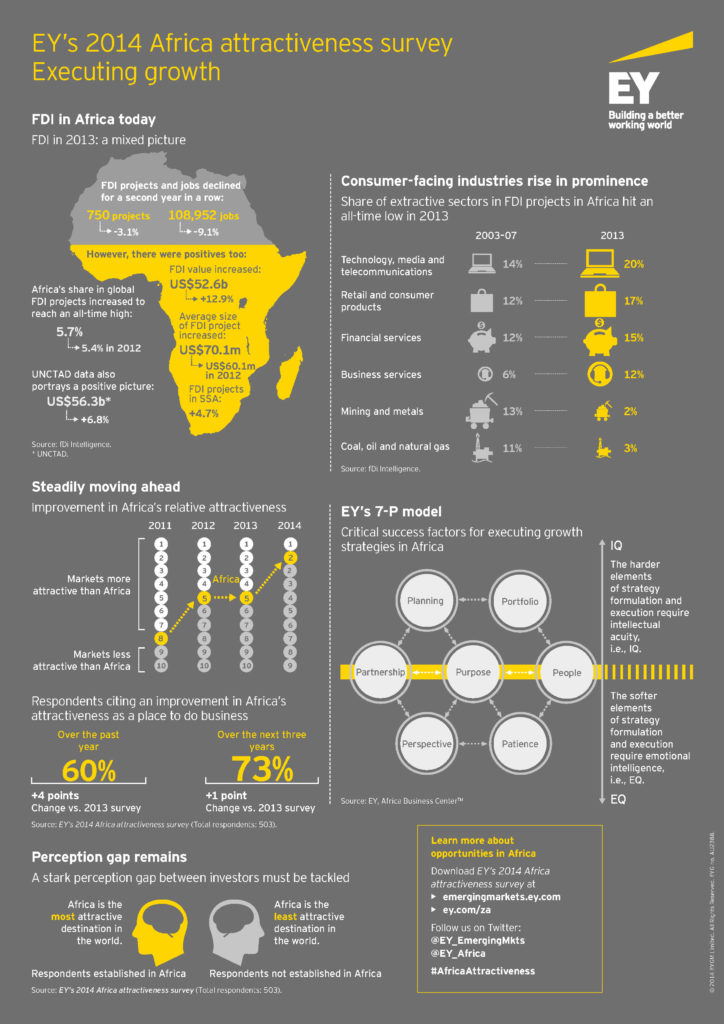