When considering Central African mining, the Democratic Republic of the Congo (DRC) stands out as a shining star for prospectors the world over, thanks to its comparative political stability and geography. Nevertheless, the geological wealth of Central Africa as a whole is obvious.

Yet for the most part this wealth is undefined: Cameroon and Chad, for example, are known to contain undeveloped deposits of bauxite, gold and other minerals but limited exploration has left them ill-defined. This infographic outlines key facts regarding Central African mining. 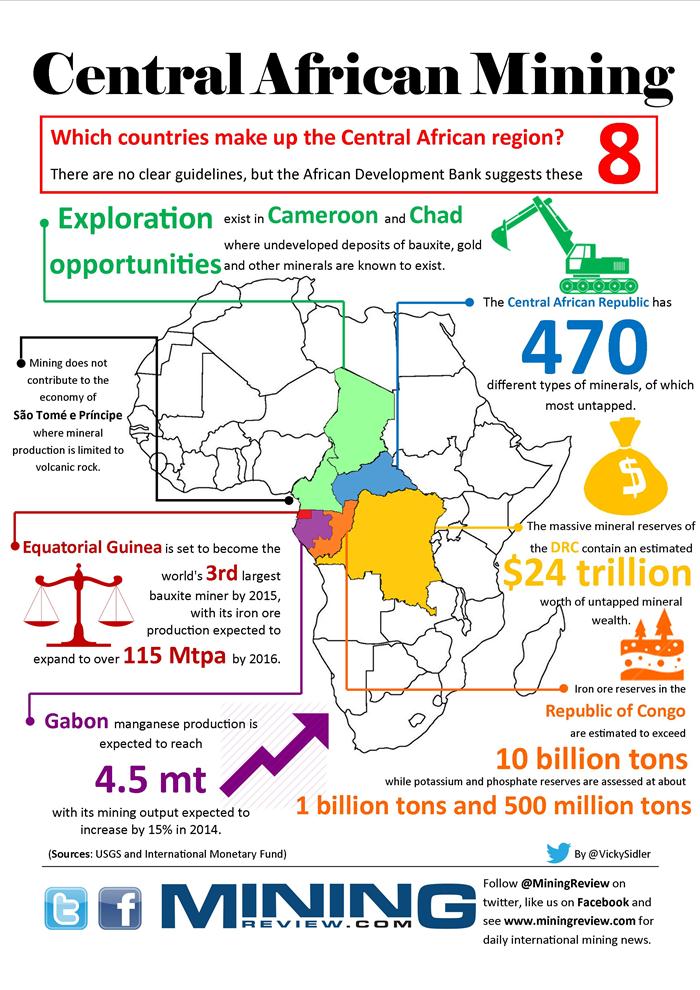