It’s been 17 weeks since the wage strike in South Africa’s platinum sector began, making it the country’s longest and costliest strike, yet there is still no end in sight.

Workers downed tools on 23 January 2014 at the country’s major producers, including Anglo American Platinum (Amplats), Impala Platinum (Implats) and Lonmin. Local union Amcu (Association of Mineworkers and Construction Union) is demanding a 150% increase to a R12 500 basic salary over a four-year period while the mines’ latest offer would see workers earn a minimum cash remuneration – comprising basic wages and holiday, living-out and other allowances – of R12 500 a month by 2017.

Meanwhile, employees at the strike-hit mines have lost an estimated R8.3 billion in wages since the strike started. In total to date, Lonmin, Amplats and Implats have lost R18.5 billion in revenue.

This infographic outlines other statistics related to platinum mining in South Africa. 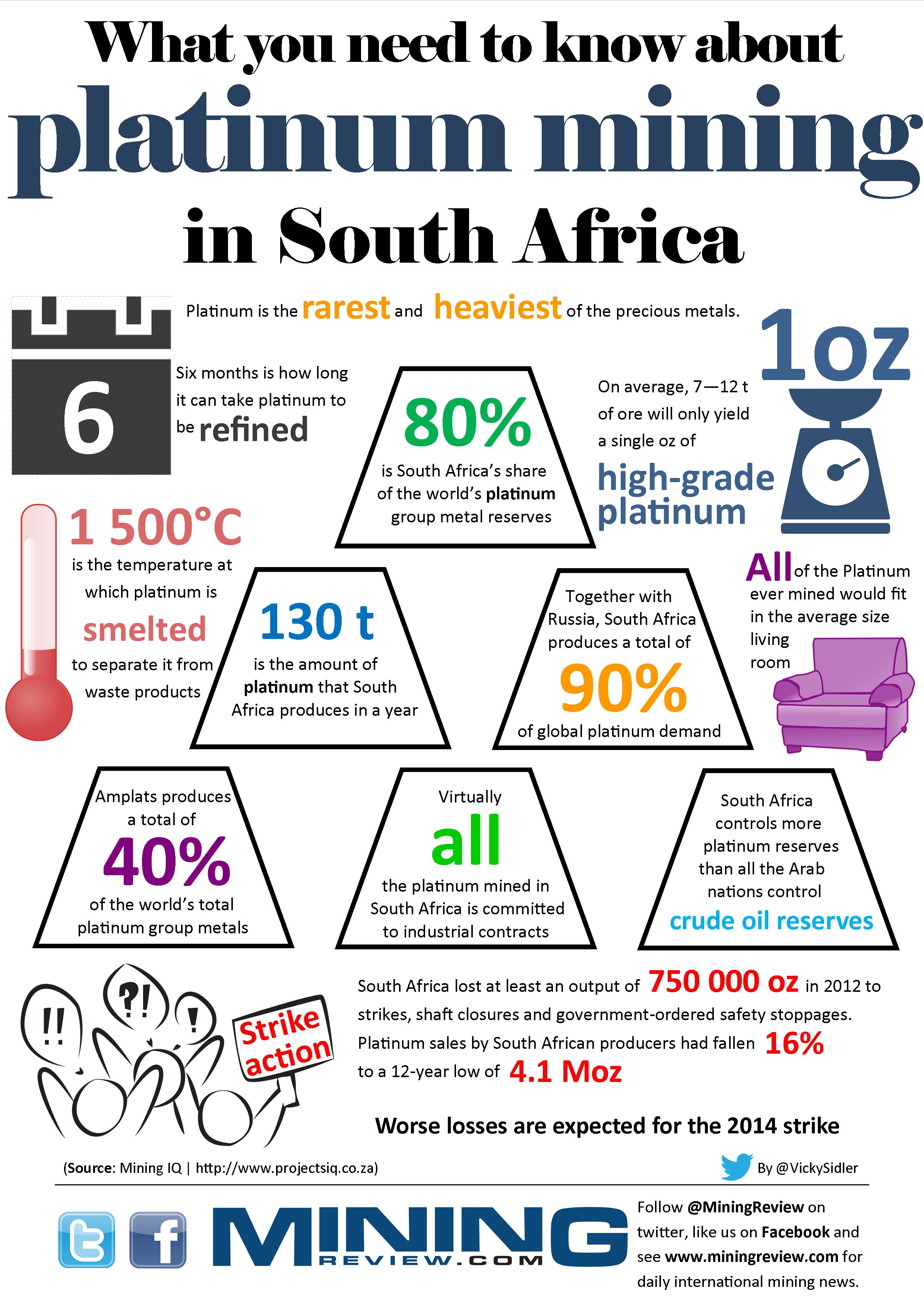