It has been almost three month since the beginning of the wage dispute between Amcu and South Africa’s platinum giants Amplats, Implats and Lonmin, and production of the metal has ground to a standstill. A doomsday countdown on www.platinumwagenegotiations.co.za is indicating losses of over R13 billion in revenue for the platinum producers and over R5.8 billion in lost wages for employees.

With no talks currently underway between the union and the platinum companies, CEOs Chris Griffith, Terence Goodlace and Ben Magara have said: “The extended strike on the platinum belt is unprecedented, and at a stage where some of its impacts are becoming irreparable. These impacts are not only on the companies, but also on employees, local businesses, suppliers and on communities.”

The platinum bosses of Amplats, Implats and Lonmin have offered the Association of Mineworkers and Construction Union (Amcu) workers a 9% pay rise, with other benefits over the next four years, but negotiations have remained unsuccessful. Amcu is demanding a basic salary of R12 500.

In its 5th edition of SA Mine, PwC looked for trends in the industry over 2013, highlighting some “extremely negative” impacts of labour action in South Africa. Volatility in the labour market is affecting the country’s global competitiveness, with “industrial action in the mining sector over the last two years underlying these concerns… and highlighting serious challenges facing the country.” 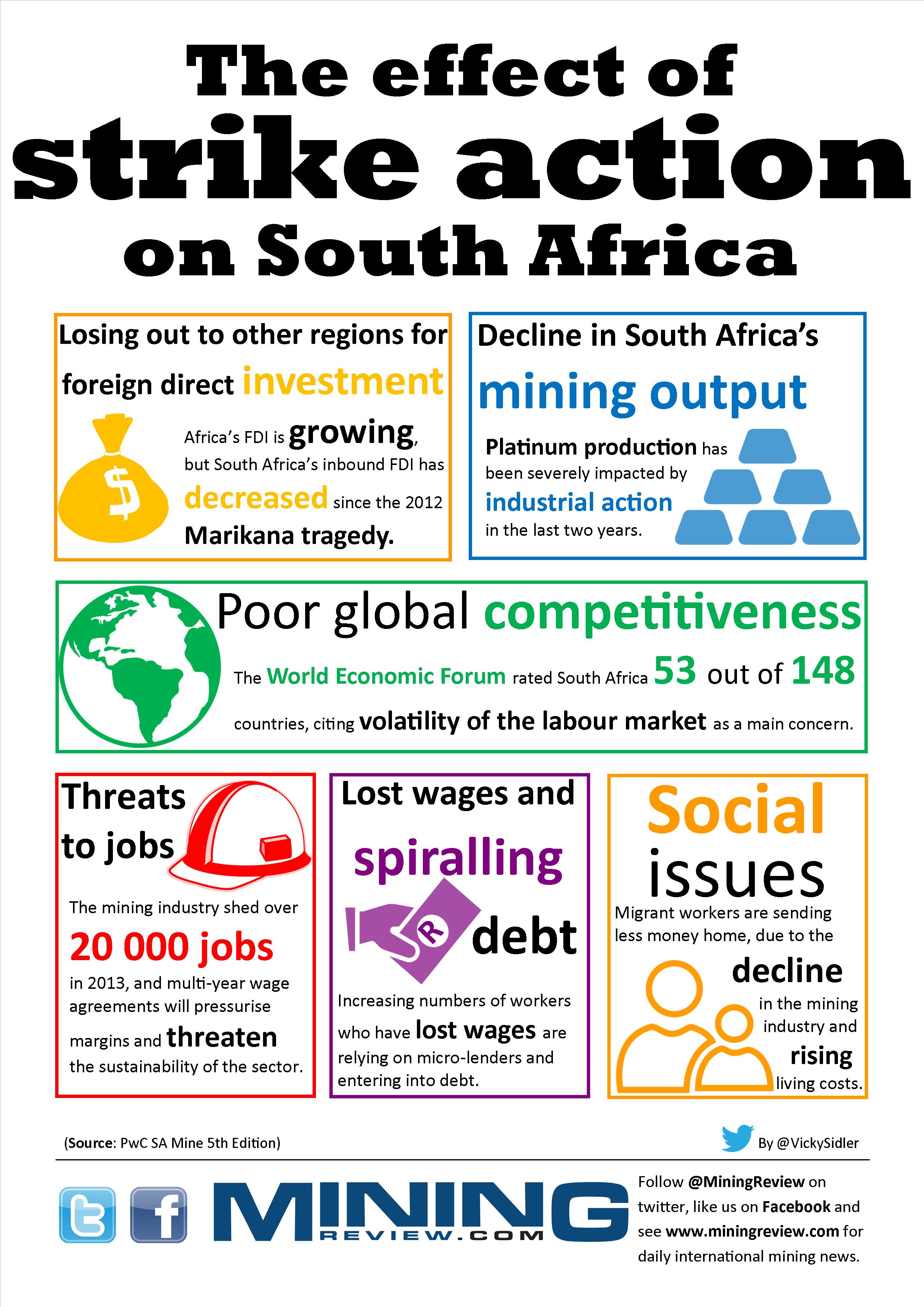