Built on a common platform, the new R-Series 5-11kW compressors are available in 5-11kW with flows 8.1cfm – 57.5cfm and pressures up to 200psig on fixed speed units and 145psig on variable speed drives. The R-Series 5-11kW models will be available for order in December 2014 through Ingersoll Rand representatives.

“The compact design of the R-Series makes it the ideal workplace compressor with a 20 percent reduction in footprint and sound levels as quiet as a dishwasher,” says Davor Horvat, product manager for contact-cooled machines at Ingersoll Rand in Europe, Middle East and Africa.

With the application of V-Shield™ technology, the leak path and connections on the R-Series compressors have been reduced by more than 15 percent. V-shield™ technology ensures all critical fittings are secured with o-ring face seals in a method that is nearly free from distortion. Leaks are virtually eliminated and performance isn’t sacrificed, regardless of how many reconnections are made. Leaks are also reduced by the use of polytetrafluoroethylene (PTFE) braided, stainless steel hoses for all oil-carrying lines.

Other advancements on the R-Series 5-11kW include:

All R-Series units are available as fixed and variable speed units that can be configured with integrated dryers as a Total Air Systems (TAS). Each TAS unit comes with high-performance dryers, a three-in-one heat exchanger and an independent fan circuit to consistently generate dry, clean air.

“When customers select our Total Air System configuration, the R-Series from Ingersoll Rand is a complete plug-and-play solution that, as a standard offering, generates the cleanest, driest compressed air right out of the box,” adds Davor Horvat.

Easy-to-Use and Ideal For Compact Workspaces 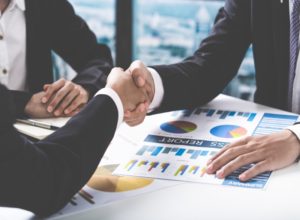