Nairobi, Kenya — 14 June 2012 – The government of Kenya has invited investors to bid for the exploration and development of two coal blocks in the country’s eastern region as it pushes to diversify energy sources to meet growing demand for power.

Announcing this here, the Kenyan Energy Ministry said bids must be submitted no later than 16 July. “Potential bidders must be able to show the ability to raise in excess of US$200 million for investment, as well as a track record of establishing projects with an output of at least 3,000tpd,” the statement added.

Reuters reports that some of the coal will go to the cement and steel industries, while the rest will be used for electricity generation, reducing reliance on thermal and diesel-fired plants to fill deficits in supply.

The ministry awarded development rights for two blocks in the Mui basin to China’s Fenxi Mining Group in December last year. It said the new blocks it plans to lease out lie in the same basin. Kenya estimates that one of the blocks, Block C, contains a minimum of 400Mt of coal.

Fenxi is expected to pay US$3 million for block C and US$500,000 for block D, in return for a renewable concession of 21 years, subject to approval by parliament.

Kenya has also received increased attention from oil and gas explorers, after Britain’s Tullow Oil found oil in Kenya, though the commercial viability of the find has yet to be determined.

Yesterday Australia’s Pan-continental Oil and Gas and its partner FAR Limited said they would start a seismic survey on their offshore Kenyan block, L6, later this week, and that they aimed to complete the survey by the end of the month at a cost of US$13.67 million. 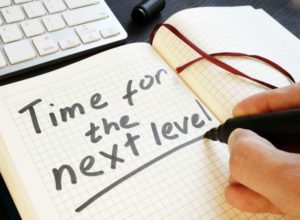