Konkola expansion on track for 2011

KCM is a subsidiary of Vedanta Resources plc – an Indian-based and London-listed metals company with operations in India, Australia and Zambia. It is the largest investor in Zambia, having spent US$1.5billion (R12 billion) on new projects and the re-vamp of existing infrastructure since 2004. 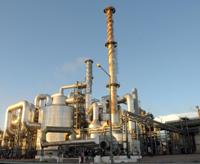 The sulphuric acid plant, which
has a capacity of 1 850 tpd

The company’s latest expansion initiatives will involve expenditure of more than US$700 million (R5.5 billion). The KDMP is KCM’s main new initiative and involved an initial investment of well over US$400 million (R3.2 billion). KCM has had to deal with de-watering problems which have resulted in the project not managing to remain on time or within budget.

This project is aimed at expanding the throughput of copper ore at Konkola mine from 2Mtpa to 7.5Mtpa by accessing the rich ore body that lies beneath the area current operations have been exploiting. This throughput will more than double copper production from 200 000 to 500 000 tpa.

Having sunk additional shafts to access these lower levels, this has involved only the known ore body. The company believes, however, that there is even more ore further down, and that this could continue to substantial depths.

The Konkola ore body is reported to be among the three largest ore bodies in the world. There are no plans at this stage, however, to move ahead on this future possibility.

The KDMP will also extend the life of Konkola mine by 23 years to 2035, and involves the sinking of a new mine shaft to the depth of 1 490m – the deepest new shaft-sinking project in Africa. In addition, it will mean the sinking of three new ventilation shafts, one dewatering shaft and the construction of a new pump chamber. 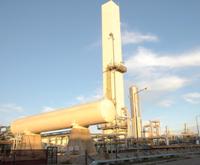 Mid-shaft loading is expected to begin in February, and commissioning is scheduled to start towards the end of next year, with production early in 2011.

Alongside the KDMP, a modern concentrator is being built to handle the additional ore that will be produced at Konkola. The concentrator will enhance mining output, improve recovery and improve concentrate grade. It is already commissioned to handle 3Mtpa, and will treat 6 Mtpa of copper ore at full capacity.

The Konkola mine itself is the northernmost of the Zambian Copperbelt mines. The existing No.1 shaft and No.3 shaft systems at Konkola have been managed as separate mines. Underground haulage connections between them were developed mainly for cross-tramming and de-watering purposes. The mine pumps about 280 000 cu m of water per day to the surface via No 1 Shaft. Both shafts are used for servicing and for hoisting ore and waste.

The ore from the mine is treated at the Konkola concentrator situated close to the No.1 shaft. This material comes directly into the plant, while the 3 shaft material is trucked to the plant. The concentrator has the capacity to process 2.4Mtpa, which is about 6 500 tpd.

The newly commissioned US$400 million (R3.2 billion) Nchanga smelter has a production capacity of 300 000tpa of copper – 100 000t more than the old smelter which was shut down several months ago.

The new plant uses flash-smelting, direct-to-blister technology. It is one of only three such plants in the world (the others are in Poland and Australia), and is the biggest of the three. 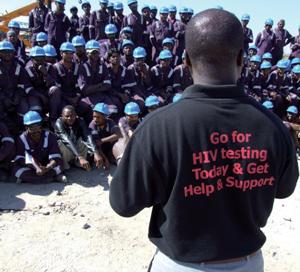 It is designed to handle the increased volumes of concentrates from the KDMP and has capacity to toll treat feed from other mining houses in and around Zambia.

Hand in hand with the smelter is a new acid plant with a capacity of 1 850 tpd. It is aligned to the new smelter to recycle sulphur dioxide gases that would otherwise escape into the atmosphere. These are then converted into sulphuric acid. The smelter captures 95% of fugitive gases, making it one of the most environmentally friendly plants in the world.

Looking beyond 2010, future potential projects are: mine life extension of the Nchanga open pit; the Upper Ore Body (UOB) Project; and concentrator and TLP expansion at Nchanga.

Looking ahead, at a life-of-mine average production of 500 000 tpa, KCM will be accounting for half of the projected national output of finished copper from Zambia. It will become one of the largest copper producers in the world, and one of Vedanta’s stand-alone flagship investments.

There are also plans to develop KCM into a 5 000tpa cobalt producer in the next five years.