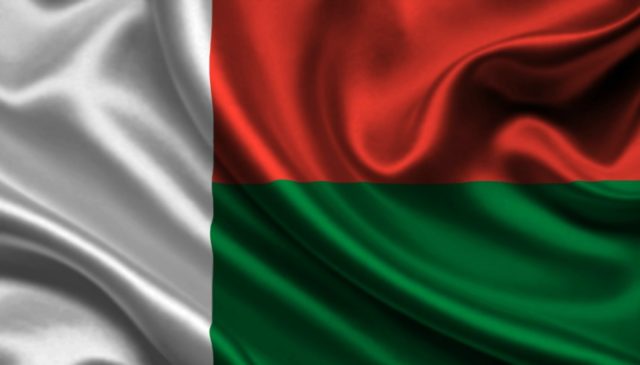 This will be when its integrated thermal coal mining and independent power project – Imaloto – is commissioned in late 2021.

The project is currently being progressed through a bankable feasibility study, expected to be completed in Q4, 2018 says CEO, Prince Nyati.

The Imaloto integrated coal-fired power project is located in the south west part of Madagascar, an under-developed part of the island that remains rich in mineral resources such as coal, titanium and graphite.

These resources lie unexploited beneath the surface due to a lack of available electricity in the area that hampers the extraction and processing of these critical commodities.

While there is a dire lack of electricity throughout much of Madagascar, where only 14% of the 25 million people living in the country have access to electricity (mainly the north east part of the country), the situation is at its worst in the south west.

Less than 5% of the population have access to electricity – mainly generated from isolated diesel-powered mini grids.

Adding to the energy mix

Lemur embarked on the Imaloto project as a means to address the power shortage in Madagascar, and in so doing provide affordable and reliable power to the people of Madagascar as well as spur economic activity in the country.

Madagascar currently generates most of its power through a combination of hydro-power, diesel-generated power and more recently the introduction of heavy fuel oil (HFO) power generation.

Once in operation, the Imaloto project will be the only coal-fired power project in Madagascar’s energy mix, with small-scale solar energy also part of the mix, through the International Finance Corporation’s Scaling Solar power project.

“Despite the global push towards increasing renewable energy into the energy mix, renewable energy cannot economically provide the baseload power required to support the industrial development that Madagascar so desperately needs.

“While diesel and HFO generation can generate an apt amount of baseload power, from an affordability perspective, it is just too costly to do so,” says Nyati.

It is Lemur’s integrated coal-fired power project, one of only three coal exploitation licences in the country, which is expected to provide the much needed affordable base load component to the country’s energy mix and thereby displace expensive petroleum-based power with cheaper power generated using locally produced coal.

Project at a glance

The Imaloto project consists of three components, namely a coal mine, a coal-fired power plant and a transmission network.

The project consists of a JORC-compliant 136 Mt coal resource, 90% of which is in measured and indicated categories, which will be developed into a coal mine; the development of an initial 60 MW mine-mouth coal power plant; as well as the establishment of over 250 km of new transmission lines.

The coal mine is earmarked to supply coal to its anchor off-taker – the 60 MW mine-mouth Imaloto coal-fired power station, while the power station, which will use clean coal technology, will enable Lemur to provide more affordable electricity at a fairly competitive tariff when compared with other geographies in the region.

In 2013, Lemur completed pre-feasibility studies into both the generation and transmission (power production), which was followed by a scoping study into the establishment of the coal mine.

In 2011, the company signed a memorandum of understanding with Madagascar’s state-owned utility Jiro sy Rano Malagasy (Jirama) – the precursor to the signing of a power purchase agreement (PPA).

This was followed by the milestone signing of a binding 30-year PPA in November 2017 for an initial 10 MW, which was subsequently amended in June 2018 to 25 MW – which is roughly about half the size of the proposed power project.

As per the MoU signed between the two parties in March 2017, Sinohydro is responsible for the technical work required on the power station and transmission line. They will also be looking to carry out the engineering, procurement and construction partner, as well as the operations and maintenance partner.

The bankable feasibility study for the coal mine is also progressing and is currently aimed at refining and optimising the mine plan to better align it with the needs of the anchor off-taker, which is the power plant.

“The results of the bankable feasibility study will be made public in the fourth quarter of this year, while the last regulatory hurdle, the social and environmental impact assessment study, will be concluded around the first quarter of 2019,” says Nyati.

Following the completion and integration of both the power plant and coal mining bankable feasibility studies, Lemur Resources will increase its focus to secure funding before it can move into the construction phase of the power plant.

Funding a coal project in Africa

In a climate where some funders have expressed environmental concerns with regard to funding coal projects, Nyati believes that the Imaloto project ticks both required boxes.

“Firstly, in terms of fundability, the project is located in a priority country with less than 400 MW of currently installed baseload power serving 25 million people – roughly 1% of the installed power per capita when compared to South Africa – indicating a dire need for additional electricity generation capacity.

“Secondly, we have selected a clean coal technology, which ascribes to some of the highest emission standards in the world. We believe that this will lessen the environmental impact of coal energy generation and also mitigate global climate change,” he says.

Not wasting any time, Lemur has already appointed a transaction and financial advisor and is in ongoing discussions with several development finance institutions, subject to the conclusion of the BFS.

“We are also in the process of conducting a due diligence with two of these finance institutions,” Nyati enthuses.

The real constraint in growing the Imaloto project in the past has been the existing demand for energy – especially given that there is no shortage of coal.

“According to our analysis, the resource, based on the scale of the proposed project, can provide coal to the project for over 100 years.

As per the base case of a 60 MW power plant, the coal mine, with a JORC complaint mineral resource estimate of 136 Mt, the coal reserves will easily be able to support the several power plants of this scale for well over 100 years.

“What is even more exciting is that based on the 30-year PPA, Imaloto will have adequate coal just from the opencast section of the mine not just for the life of the government concession and PPA, but also beyond that for the life of the asset, which is typically 60 years, or longer with good operation and maintenance.

Lemur’s future plan is to target third-party sales of coal (first and foremost targeting offtake among domestic users of coal) and the subsequent exportation of coal – as the Imaloto coal reserve is more than adequate to service both local users and support the export of coal.

“Our short to medium-term goal is to supply coal to both the power plant and then domestic users, while in the longer term plan to begin exporting coal,” Nyati explains.

Once Lemur has the first 60 MW plant in operation, which will itself be phased, it will be able to increase the plant’s capacity as it goes along due to it being modular in nature.

Enough room is being left to expand the transmission network, which is earmarked to serve an area spanning over 400 km, as and when demand grows.

Moreover, Lemur is also in discussions with various private mining and industrial companies in the south west part of the country with respect to supplying their operations with a stable supply of electricity, which will in turn increase the demand for electricity in the region.

As a result of this, the growth potential that exists far outweighs the initial 60 MW being considered, Nyati believes.

Lemur is targeting first power production by the end of 2021, which will allow the company enough time to reach financial close and complete the necessary construction and commissioning.