Africa – An evaluation of the last economic resource boom reveals that the resource-rich African continent benefitted marginally from it. This is a tragedy considering continents such as Australia took such extensive advantage by comparison. There are lessons to be learnt, particularly for South Africa in preparation for the eventual upturn says The MSA Group’s CEO Keith Scott.

“Africa (including South Africa) did share in the 10 year minerals boom, largely thanks to high commodity prices, but, if you look at the volume of exported metal over the period, the increase was small. Coal in fact experienced no increase at all and platinum volumes declined while iron ore and gold (from West and East Africa) increased somewhat. Copper production increased thanks to output from Zambia and the Democratic Republic of Congo (DRC),” Scott reveals.

Australia’s story by comparison is very different. “Not only did it develop new mines and inject significant amounts of metal into the market, it also paid for the necessary infrastructure during those high price periods which has enabled it to continue flooding the market with high quality and relatively cheap iron ore.”

One positive aspect was exploration. Africa did enjoy – relatively – more of the exploration global spend (between 15% and 17%) than its peers did over the last 10 years. “But what we didn’t do is build new mines to the extent that Australia and South America did. Our continental competitors took better advantage of the boom.”

And while it appears that Africa is more ‘up to speed’ on its need to develop its mining sector and associated infrastructure, with such low metals prices, the action to do so is stagnant and the capital is scarce.

So the question for Africa remains – how does it better position itself for the next upturn which will hopefully come in the next three or four years? By being proactive, not reactive says Scott. “Yes, South Africa is spending a lot on infrastructure development now for example, but it should have been done before coal and iron ore prices were well above $100/t.”

“I’m an African optimist,” Scott declares, “and I have great faith in the continent’s future but I would like to see more South African companies engaging in project work beyond its own borders. We have done it in retail so it can be done.

The South African government’s DTI study funding initiative is gaining traction and promoting South African businesses capabilities to the global world who are active in Africa. “South Africa is still termed globally competitive – in terms of skills and equipment – and with our rand-based costs, we are becoming increasingly more competitive against the dollar, pound and Australian dollar. It is the perfect time for South Africans to position themselves and their businesses on the continent. 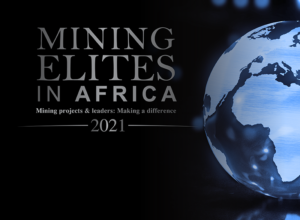