Last week the firm said a DRC court had initiated proceedings to liquidate the US$750 million (R5.6 billion) project “’ the latest step in the row between the company and the government.

“It’s now down to me to organise all the administration at Kolwezi,” court-appointed liquidator Eric Monga of Trade Service told Reuters, following a visit to the site in the DRC’s southern copperbelt.

“They went on site with court sheriffs,” a source based in Kolwezi and familiar with the site, which was sealed last September, told Reuters.

Monga, who is heading the liquidation team, said he had been asked to evaluate the value of the assets and report back to the tribunal as quickly as possible, but did not specify a deadline. “We want to determine the exact value of the assets in an objective way with the eyes of experts,” Monga added.

The DRC’s appeals court ruled in documents seen by Reuters and dated July 29 that liquidation proceedings be initiated with a view to selling all the assets.

DRC mines minister Martin Kabwelulu confirmed that he had signed a contract, yet to be given a presidential decree, that handed the site to a company registered in the British Virgin Islands named Highwinds Properties. 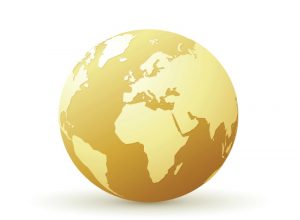