Trade union Solidarity is saddened by the retrenchment crisis Lonmin currently faces. However, the trade union is positive that if Sibanye-Stillwater succeeds in buying the company it could result in a favourable outcome for the platinum giant.

The acquisition, Solidarity believes, would create new job opportunities which will stem or limit Lonmin’s currently envisaged retrenchments over a period of three years.

This follows Lonmin being forced onto its knees by unfavourable market conditions being offered a second lease of live by Sibanye-Stillwater.

On 14 December Sibanye announced that it had acquired Lonmin in a R5 billion deal.

Lonmin CEO Ben Magara has reportedly said that if this deal is not finalised soon, 12 600 would lose their jobs between now and 2020.

Sibanye-Stillwater has already received the approval of the South African Reserve Bank, as required in accordance with the Exchange Control Regulations of South Africa, with respect to the proposed acquisition of the company.

The proposed transaction remains scheduled for closure during the second calendar half of 2018 and subject to, inter alia, the passing of the required resolutions by Lonmin and Sibanye-Stillwater shareholders and the approvals of the competition authorities of the United Kingdom and South Africa.

“We are pleased that Sibanye-Stillwater has the approval of the South African Reserve Bank for the Proposed Transaction,” says Magara.

“The company is working closely with Sibanye Stillwater towards completing the proposed transaction during the second half of the year as planned.

Solidarity Deputy General Secretary for the mining industry Connie Prinsloo, however, emphasised that those retrenchments are not bound to the success of the takeover.

“According to our information, retrenchment plans did not arise as a result of the takeover. The plan was already on the table,” states Prinsloo.

Prinsloo also says that Sibanye’s five-year plan for Lonmin included, among other things, that all operations at the platinum producer’s older mines cease and that they be placed on care and maintenance so the mines can be retained for exploitation in the future.

“Originally, Lonmin’s planning included that 12 600 jobs be cut over the next three years, while a further 890 might be in jeopardy,” says Prinsloo.

According to Prinsloo, Lonmin finds itself between the devil and deep blue sea.

“If the deal with Sibanye is carried through, which unfortunately will also give rise to retrenchments, Lonmin will however have a chance of sustainability and, in the long run, it could again make a positive contribution towards economic growth and stability,” says Prinsloo.

“Solidarity is not in favour of retrenchments but support initiatives that create job opportunities, achieve job security and promote economic growth or create opportunity for such,” concludes Prinsloo. 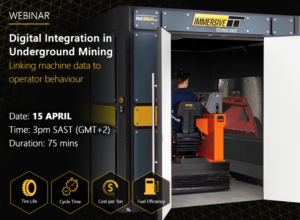