Lonmin is reducing its expected capital expenditure for 2015 by 26% due to low dollar metal prices and uncertainty around platinum prices after its total refined platinum production plunged by 28.8%.

Lonmin’s total refined platinum production for the first quarter of its financial year has been impacted by the smelter shutdowns and is down to 139 823 oz when compared against the prior year period.

“We are confident of managing our working capital requirements through cost conservation measures and capital discipline to keep borrowings and debt covenants well within our committed debt facilities,” the group said.

“We are disappointed that the repairs and maintenance to both our main furnaces necessitated by the shutdowns have overlapped and caused a temporary bottleneck in our processing operations. Following the repairs to the Number Two furnace that we built in 2012, we have sufficient smelting capacity during 2015 to overcome this obstacle and we anticipate processing the current build-up in concentrate stock during the financial year,” said Lonmin.

Nevertheless, Lonmin maintained the strong operational momentum that was built up in 2014 by achieving the highest first quarter production from underground (including Pandora) since 2011. Total attributable tonnes mined in the quarter were 2.8 Mt, a 7.2% increase to the prior year period.

Production at Pandora, specifically, increased by 30.5% over the prior year period, while Marikana underground mining operations saw an increase of 7.9%. Production increased at Karee by 6.9%, at Westerns by 3%, and at Easterns by 22.3%.

Production from the Merensky opencast operations of 56 000 t, however, was 28.2% lower than the prior year period as the operation reaches the end of its life.

“These results have been achieved with significantly reduced safety and industrial relations stoppages. Tonnes of production lost due to safety and labour stoppages in the quarter totalled only 22 000 t. This was 249 000 t lower than the prior year period which was impacted by a fatality and tensions around the wage negotiations,” Lonmin concluded. 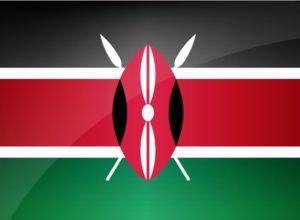