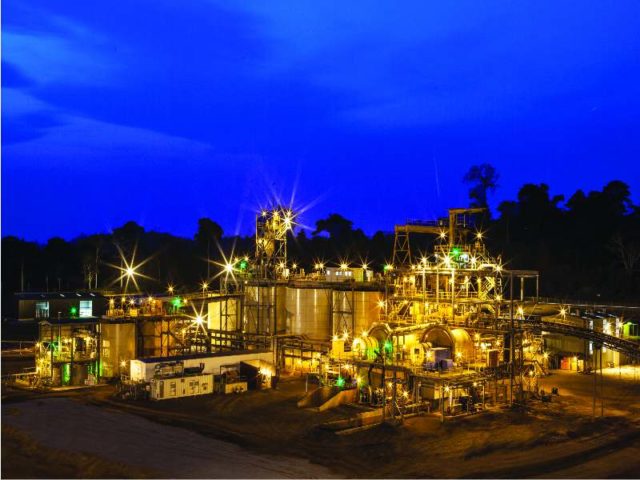 Lycopodium has expanded its footprint in southern Africa by opening an office in Johannesburg to extend its service offering resources to the gold and base metals sectors.

Having established its pedigree in the delivery of diamond projects over many years thanks to local subsidiary ADP Group’s Cape Town operation, established in 1992, Lycopodium has been building local capacity and capability in processing other commodities; including gold, base metals, graphite and iron ore.

This article first appeared in Mining Review Africa Issue 9 2018. It will be published online on the 28th September 2018.

This can be attributed to the company’s successful incorporation of a number of high profile mining industry professionals including Steve Burks (MD of Lycopodium ADP), Albert Jacobs (manager of engineering), Geoff Allen (manager of projects) and Colin Kubank (business development), who are well known and respected in the South African mining industry.

In the recent past, Lycopodium has completed feasibility study and project execution work for a diverse range of clients, including Kasbah Resources, De Beers/Debswana, Triton Minerals, and Lucara Diamond Corp.

“Opening an office in Johannesburg was the next logical step in reaching our customer base in the gold and base metals sectors,” comments Steve Burks. “The new office also allows us direct access to the considerable skills pool which exists in the Gauteng region, and offers all external stakeholders significantly improved access to the Lycopodium brand.”

Over the past four years, Lycopodium has transformed its project delivery capability in South Africa based on the very successful model developed by Lycopodium Minerals, which has a long history of successful project delivery in Africa, particularly gold projects in East and West Africa. The organisation has recently completed mineral process plant projects in Senegal, Mali and Cote d’Ivoire, and is currently working in Burkina Faso.

Burks comments: “As well as technical and project management capability in delivering process plants safely, on time and on budget which ramp up quickly to nameplate capacity, Lycopodium has commercial flexibility and can adopt any one of a number of contracting models”.

In February 2018, Lycopodium was appointed as project management contractor (PMC) by Triton Minerals for delivery of the Upulo graphite project, located near Pemba in the Cabo Delgado Province of Northern Mozambique.

At the Venetia diamond mine, Lycopodium has been involved in successfully implementing various plant improvement projects since 2011, specifically in the re-concentrate and recovery plant areas.

Most recently, Lycopodium was engaged to undertake the detail design of an X-Ray transmission (XRT) sorting facility to be incorporated into the dense media separation (DMS) concentrate stream.

Lycopodium ADP is also partnering with Debswana at Orapa for the delivery of a number of small projects, on a project management office (PMO) basis, and at Jwaneng where several feasibility studies have been completed.

For Lucara Diamond’s Karowe mine in Botswana, Lycopodium was retained in early 2016 to develop conceptual options and thereafter to design and implement an XRT tailings audit plant, which was subsequently commissioned at the end of 2017.

Lycopodium’s work relates to process plant engineering design, including the capital and operating cost estimations, based on metallurgical test-work undertaken by Kasbah Resources.

The project includes a proposed underground mine with an initial 10-year life, producing 750 000 tpa of ore at an average head grade of 0.82% tin (Sn). The associated processing plant incorporates ore sorting and high pressure grinding rolls (HPGR) technology, to produce approximately 4 500 tpa of tin in a 60% tin concentrate.