New Zealand has had a successful deregulated electricity market since the mid 1990s. Initially, because all traded customers had to have half-hour metering, only larger industrial and commercial customers were traded. However, as the voluntary industry rules evolved, mechanisms for trading on various profiles were introduced, and now any user of electricity has a choice of supplier.

Whether we use bi-lateral contracts or a blind market mechanism to conduct financial settlements, everything is based on meter readings. When we say deregulated we mean no regulator. Government passed legislation that paved the way for a competitive market by causing the existing vertically integrated retailer/network business to be split, so that networks became independent service providers. (They cannot be retailers). Retailers, who in the main are also generators, are able to compete on a level playing field as the delivery (network) mechanisms are neutral.

Our voluntary rules were developed by the industry around the need to reconcile who got what from whom. The mechanism used at each network connection to the National Grid is a subtractive one, so the incumbent retailer, usually the one with the most customers in that network, bears the cost of any unallocated electricity. In simple terms, all half hour metered data is subtracted from the network connection metering, regardless of who is trading the customer. This leaves a profile shape from which profile data is subtracted in order of time accuracy. The remainder belongs to the incumbent.

Profiles can be as simple as day/night, where the two summations of registers are amortised across the appropriate day or night shape, or even streetlights, where mathematics may be used to derive the total load while the time intervals might be measured by the network SCADA system. All profiles must be approved by the rules administration manager to ensure accuracy/fairness to other retailers and the incumbent.

No matter how you operate a market, regulated or deregulated, competitive or state run, with few exceptions everything we do as an industry relies on the accuracy of metering and the resultant data. In New Zealand our major concern was the accuracy of reconciliation. After all, if the metering and data rules require accuracy, then by default (almost) it follows that customer invoices will be based on accurate metering information. Thus our rules do not take into account end-use customers, and little or no mention is made of them in the rules related to metering data accuracy. (Some radicals will even argue that this is a commercial/contractual arrangement between retailers and their customers and therefore has no place in the rules. A retailer might just agree on a fixed charge unrelated to actual consumption).

It is said in far-away Scotland that: “If you look after the pennies, the pounds will look after themselves”. The same is true of metering and its data, and metering is often referred to as “the industry’s cash register”. So while our major rule sets deal with trading arrangements at a high level, we developed a series of Codes of Practice dealing with metering and data management. We were also concerned that many of the regulatory schemes in practice elsewhere in the world did not appear to take account of materiality (cost effectiveness) as rigid rules often impose cost in inverse proportion to the financial risk.

Code of Practice 5: MARIA Data Administrators Requirements (MARIA, Metering And Reconciliation Information Agreement, is one of our trading rule sets)

Code of Practice 6: Variation of Requirements

All metering installations in New Zealand are broken into categories, based on commonly used meters, CTs and VTs. (See figure 1). Approved test houses are approved as either Class A or Class B. Class A must have accreditation to ISO 17025 or an equivalent. Class A can carry out all certification of any installation or components provided the activity is allowed within their ISO 17025 accreditation. Class B must be certified to ISO 9001/2 and are restricted to installation categories 1, 2 and 3.

Code of Practice 3 defines the outcomes necessary for an installation to be ‘certified’. All equipment used must meet relevant IEC standards, except data loggers (Code of Practice 4, as there is no relevant IEC standard). Code of Practice 3 also allows two methodologies for arriving at a ‘certified installation’ for categories 1, 2 and 3. One is based on calibration of all components and the other based on a ‘cookbook’ approach, using product from trusted suppliers. As the latter only requires commissioning of the entire installation, with limited testing rather than exhaustive calibration, it is by far the most commonly used methodology because of the lower cost.

Modern metering equipment from a reputable manufacturer is reliable and accurate. Equipment failure or inaccuracy, usually very obvious, will be picked up during commissioning. Much research was carried out to evaluate the possible risk versus the cost of absolute accuracy when using reputable equipment, given the relatively low energy volumes involved. All equipment used in metering categories 4, 5 and 6 must be fully calibrated, higher risk values for small errors, with only Class A approved test houses being able to carry out certification.

Metering information (meter readings) in both half hour intervals or accumulator register readings can only be managed, processed, validated and if necessary corrected by an approved data administrator. Data administrators must be certified to ISO 9001/2 and be able to show the administration manager that they possess the appropriate equipment, software and competence to be approved. They must be able to show unbroken audit trails from metering installations to correct working data, with journals to show changes to data with reasons as to why data has been changed/corrected. Raw data must be archived for 30 months.

As anyone reading this will know, it is impossible for any practical set of rules to cover every possibility. Our Codes of Practice are based on the premise that if we have a robust method of approving metering installers and data managers, that attests to their knowledge and competence, then we should let them get on with it. They use their know-ledge and experience to cope with situations not strictly covered by the rules and justify their actions in their records. Code of Practice 6 was developed for these occasions.

Code of Practice 7, setting out the rules for trading on a profile, covers a multitude of possibilities by placing the onus on the applicant to show that the proposed profile is fair to all. Profiles can be based on representative samples or mathematical models, or a multitude of combinations.

So, does it all work? The processes allow acceptable levels of error based on the premise that the cost of removing the error is greater than the value of the error and that the law of averages will ensure that no player is injured any more than another over a period of time.

However, over time our ‘overall accuracy’ has diminished. Recent audits have discovered errors of a significant nature – and while we would like to believe that these are the exception rather than the norm, we cannot simply leave it there. Why has this happened?

First let’s clear up where the errors are being generated (sorry, no pun intended!) Our metering is generally in pretty good shape – that is, the metering that has been installed or upgraded to meet the rules’ requirements. However, sites keep turning up with metering that is in error. Blown PT fuses or several CTs in parallel are, sadly, not that uncommon. Mis-reported multipliers and CT ratios are not uncommon. Errors due to improperly calculated estimates are not too uncommon, nor are errors due to some sites simply being missed out when assembling metering data for reconciliation.

Why? We were once very good at all this – what went wrong? In simple terms the following:

No one issue can be blamed for our decreasing reconciliation accuracy, but if I had to pick a major culprit it would have to be the reduction in industry experience and therefore knowledge. The electricity supply industry isn’t necessarily special. It still manufactures a product, transports it from one place to another and has a sales mechanism at the end. It has got a few quirks, though – hasn’t it?

Metering technicians are the heroes

There are some heroes out there – the test house technicians. Metering is not a subject for the uninitiated and in New Zealand, as in most countries, metering technicians must have completed an apprenticeship or some level of tertiary training over several years. This is specialist stuff and once they have invested the time and effort to obtain the necessary training and qualifications, these good folk tend to stay in the industry, building on their knowledge and, just as important, their experience.

The same is not necessarily true for much of the rest of the industry. Over the last seven years many of the industry’s experienced people have moved on. While this is not necessarily a bad thing in itself, we appear to have lost much of the experience that allowed the development of more robust processes. The average tenure of a data administration person in New Zealand is two years.

Here is my favourite example of what goes wrong. (By the way, it’s a true story). A salesman rushed into a major freezing works (meat processing plant) and convinced the customer’s accountant to buy the works electricity from the salesman’s company. A contract was signed and both were happy.

Six months later the incumbent electricity retailer noticed that its purchases were greater than its sales and complained to the rules administrator. An auditor was despatched, and after a little research discovered that the salesman had noted the meter was to be found in the customer’s accounts office. It was a single phase whole current meter – the accounts office was a portable building on the front of the works site. The meter was being read monthly and the data administrator was duly presenting the data for reconciliation.

I know, you’ve all worked it out – a single phase meter for a major freezing works? Who was reconciling the 2 x 11kV supplies to the plant behind the office? One has to ask how the salesman missed the significance of the metering, and how a contract was written without someone looking at previous consumption levels. Surely the data administrator should have wondered why the consumption of a major freezing works looked more like that of a domestic home? Where was the sanity checking? Doesn’t everyone know these things? Well, a metering technician might. He might even tell you about CT ratios and multipliers – after all, he’s been around a bit.

A regulated market may not be any better in these modern times. It’s not about regulated versus deregulated or privatised versus state-owned – it’s about training and experience and a little common sense. A few well thought out processes and enforced mandated outcomes help a little too! 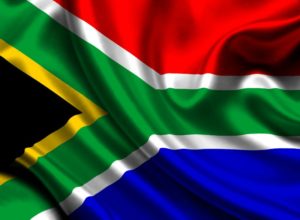