Johannesburg, South Africa — MININGREVIEW.COM — 28 November 2008 – Metorex – a mid-tier, multi-commodity company listed on the JSE, and with a secondary listing on the London Stock Exchange – has entered into various agreements that will result in a significant re-capitalisation of the company. This involves a fresh equity capital injection of R744 million and a bridging finance loan of R178 million.

A news release issued here revealed that the re-financing was required due to a combination of a capital cost overrun on the Ruashi project in the Democratic Republic of Congo (DRC), and commissioning delays over the last three months. This had resulted in a slower build-up of anticipated revenue and cash-flows from the project. Without this re-financing the project could not be completed, which would have had serious consequences for the company.

The release explained that Metorex required R700 million to finance the cash flows required to ensure project completion and ramp-up to full production at Ruashi. The construction was substantially complete. The final estimated total cost of the completion of the project was approximately US$320 million (R3.3 billion). The increase was largely due to the scope and extent of the project, increasing from the original feasibility and inflation-related capital cost escalations, particularly in relation to stainless steel, cement and diesel prices, and the significant social development costs incurred in providing water and electrical distribution for the local communities, it added.

Metorex revealed that the bridge facility had been provided by Standard Bank and was available until 30 November 2009. Repayment would be made through internal cash generation or potentially the disposal of non-core assets as appropriate.

The company said total funding of R922 million exceeded the Ruashi requirements of R700 million, and provided for a group funding reserve.

Metorex CEO Charles Needham commented: “This financing has been a major challenge in what is effectively a closed credit market. It is regretted that the additional finance was not raised before market conditions deteriorated, and before project delays materialised on our Ruashi project. It is however testament to the company that we have been able to raise this capital, it reflects on the quality of our assets, and is a vote of confidence in the future of the business.”

He added, “We are completely confident in now having raised sufficient funds to see the Ruashi project through to completion, and to provide the necessary working capital for the group.” 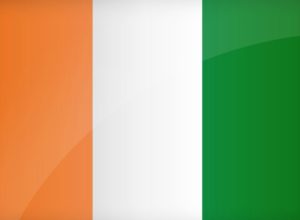