Mi casa es su casa. That is a wonderful invitation to the home of another person. Oh sure, this traditional suggestion that whatever I have is yours may not literally be true, but it certainly makes a grand and well intentioned statement of hospitality.Now you are fully relaxed, with your feet up and a drink in your hand, let me show you my new automatic meter reading product. It has an impressive array of features. Some of them are exclusive to my product, and several others are found in just a few products by other AMR suppliers. What’s more, my product is standards-based.

It is designed to facilitate interoperability and ‘plug and play’compatibility with other products! This interoperability promises to simplify the selection, installation and operation of mixed technology systems – provided, ofcourse, that those other products adopt the correct standards, that is, my standards. My standards are your standards. Who can argue with the attractiveness of true interoperability and standards-based products? The USB 2.0 interface allows us to plug all sorts of devices into our PCs. The ubiquitous RJ-11 phone plug has been a prime example of a standard that works. Other examples abound – why not for AMR/AMI systems? There are many reasons to support standards for AMR/AMI systems, as long as they provide rational, needed and necessary benefits for users that are not achieved in any other way; and don’t unfairly benefit some vendors at the expense of others.

Not too many years ago, Echelon introduced a standards-based technology based on what it called the ‘LonWorks® standard’. Huh? What standard? Eventuallythe LonWorks protocols did achieve recognition by a standards body (American National Standards Institute (ANSI) standard under ANSI/EIA 709.3-1999) but not for years after the ‘standard’ was announced. Question: Can we create a standard by creating some specifications and calling that a standard? The Automatic Meter Reading Association has wrestled with standards for years, and has achieved some important progress – for example, codification of the ‘Tucker tables’ in ANSI C12.19. But vendor members of AMRA have observed the obvious: if the proposed standard is too narrow it becomes exclusionary, and may depose excellent proprietary solutions that have been developed and proven by innovative suppliers at considerable expense.

If the proposed standard is too broad, and is crafted to include all participants, it is probably so watered down that it has little real value. When a small subset of any supplier community decides to postulate standards for the competitive aggrandisement of the participants and to the exclusion of others, we have a choice. We can be spectators or we can speak up, pro and con. When is achieving a competitive edge an egregious corruption of the standards process? Several self-proclaimed AMR ‘standards’ processes are now in motion in the US. Flaws in these processes are obvious, notably the lack of active participation by leading vendors. Why? For one thing, if the quest for ‘interoperability’ means that the vendor-specific message structures developed by leading vendors render their systems non-compliant, who can blame them for not embracing the process? But there’s more.

Some of these ‘standards’ require features that incur cost without assuring commensurate benefit. Here’s an example. If a one-way (data inbound) AMR/AMI data communication system is good, then isn’t a two-way system better? After all, in addition to meter reading an individually addressable two-way system will support load control, price signal dissemination, remote reprogramming of remote devices, and so on. So shouldn’t two-way be a requirement of the standard? No. Why not? First, there are at least three very competent one-way AMR/AMI systems offered by respected suppliers. These systems do what they are intended to do, and they do it very economically. They retrieve meter readings. Much of the outbound signalling, if needed at all, is for load control, remote disconnect and so on. In many locations these functions are readily accomplished with existing VHF radio, paging and other public network methods. If the outbound signalling happens to be intrinsic to an AMR/AMI system, great! But outbound signalling is not necessarily part of an AMI system. Not everyone needs two-way communication, and many of those who do can get it more economically by using existing networks than by buying two-way AMR/AMI.

The advocates of one proposed standard suggest that two-way communication is a requirement. It just so happens that the advocates’ systems are two-way. Are we surprised? The problem with offering criticism in an effort to guide standards development is that criticising standards is like savaging motherhood and apple pie. To proponents, the critic obviously doesn’t ‘get it’. The critic is a Luddite, standing against all the well-known and substantial benefits of technology standards. But sometimes the veil of promised interoperability is so thin that the selfinterest of its participants is easily recognised.

Standards provide great benefits in some cases, but in others there are good reasons not to have them. Why is it that we don’t have a standard interface between an automotive engine and the rest of the car? Wouldn’t it be great to be able to swap engines easily? To get the car from one vendor and the engine from another? To quickly convert my father’s econobox into my muscle car? Just think – if we had standardised this engine to transmission interface in 1985, we could now quickly improve the fuel mileage of the entire population of cars in America just by changing the engines! Wouldn’t that be great? No, it wouldn’t. We all recognise that the example is ridiculous. Such standards impose so many constraints on the design of both engines and cars that either the cars’ performance will be severely degraded or the cost will be untenably high.

Standardising interfaces in tightly integrated and optimised systems works only if the resulting partitioning of the system expands the viable markets for the parts without severely compromising the system design. Hey, I do appreciate your hospitality. And I do appreciate the value of standards. Yes, some of your standards will benefit one of us. But that may not be me, and it may not be the utility industry. I may need a little help to see how they’ll truly benefit all of us. 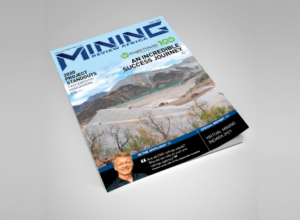