2013 marked the beginning of a new dawn for the mining sector in Kenya. A stand-alone Ministry focusing on mining was created.

In addition reforms to grow the sector started immediately. In 2015, Vision 2030’s Medium Term Plan anticipated the extractive sector’s contribution to GDP growing from 2% to 10%.

In 2016, the Ministry announced an airborne survey to improve the availability of geodata.

Sweeping legal and regulatory reforms in 2016 culminated in the passing of a new Mining Act.

The new law birthed much-needed governance systems, including a mining cadastre and the creation of a mineral rights board tasked with overseeing the licensing process.

Australian miner, Base Titanium, who operates the Kwale mineral sands project, which is also Kenya’s flagship mining project, was still at its nascent stages when the Ministry was established in 2013.

Today it contributes slightly over 65% of the total Kenyan mining sector revenue.

Granted, the mining and petroleum ministries were merged earlier this year, the sector can continue to grow.

Targeted interventions to improve the availability of geodata, attract exploration spend and support to artisanal and small-scale miners must be prioritised.

Mining investment is fundamentally driven by the attractiveness of the country’s geology and inextricably linked to this is the availability of data on the geology.

In 2016, the then Cabinet Secretary announced the launch of Project Tai – a geological airborne survey.

The project is yet to be completed, but must be tirelessly pursued.

Surrounded by mining titans with a proven mining pedigree such as the Democratic Republic of Congo and Tanzania, the exercise would have no doubt created a credible technical basis for a politically and economically stable Kenya to engage with investors.

However, investors are diverse. Kenya needs to pursue a particular type of investor with ‘laser-like’ focus.

In particular, junior mining companies. Competing for exploration-spend is a solid starting point for Kenya to start crowding in more investment as mining companies will bet their chances on the experiences of their industry peers.

Junior miners have since lost the cache of poorly capitalised buccaneers.

This is where Kenya’s opportunity lies for attracting new mining investors and data is crucial in this process.

Artisanal mining was legalised in the Mining Act and countries such as Ethiopia and Zimbabwe have boosted their gold production by putting in place government-supported initiatives to provide mining machinery and market gold.

The Africa Gold Refineries project, launched in 2017, could go some way in increasing exports, but ultimately interventions by government will need to be at mine level and supported heavily by government.

Kenya has a well-known pedigree of mining and exporting rough gemstones.

A cutting centre was launched in Voi – the country’s gemstone mining heartland. Whilst the value-add created at the centre was not available at the time of writing, it presents an opportunity for Kenya to move higher-up the mining value chain.

It is clear that the right frameworks and, in some instances, government funded initiatives are now in place for growing the sector.

What is now needed is to increase the availability of geodata, to attract more exploration spend and to support artisanal and small-scale miners.

With these interventions, the momentum created when the ministry was formed, can be maintained even after it was merged.

Chimboza, currently the Kenya country manager for africapractice, has a background in extractive industries governance, investment promotion and public affairs.

He was formerly the head of mining, oil and gas for East and Southern Africa at Adam Smith International, advising governments on policy, legislation and regulation development.

Prior to this he was General Manager, Southern Africa at africapractice where he advised some of Africa’s largest investors in the highly regulated mining, manufacturing, tobacco, ICT and beverages sectors to enter new markets and manage risk. 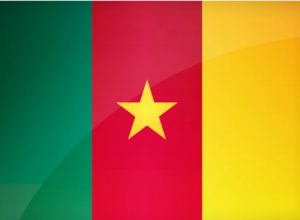