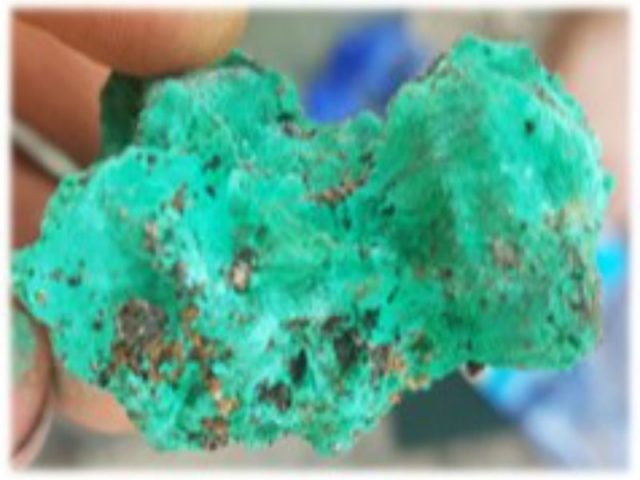 The intricacies of exploration on trending commodities showcases why it just makes sense to work with an expert who understands what is required to deliver on objectives necessary to advance projects forward.

Coping with copper and cobalt

While copper-cobalt resources in the Democratic Republic of Congo (DRC) are extensive, exploration still needs to account for specific parameters when searching for new deposits.

Soil anomalies almost anywhere in the DRC are an extension of the Lufilian Arc Copperbelt, where anomalies can see fluctuations in the copper grade. Typically, ore bodies sit in what is referred to as mega-breccia blocks or écailles which can be hundreds of meters in diameter.

The key to uncovering rich copper deposits in the DRC starts with finding these mega-breccia blocks, then structurally understanding them, and finally locating the copper ore within these mega-blocks.

Mineral resource management specialist Minrom has performed several large drilling programmes on such deposits, the foremost of which is for the Kamfundwa and Kamatanda mines in the DRC.

Kamfundwa is a copper-cobalt mine where the majority of historical mining focused on copper. The company employed a phased dynamic drilling approach in order to maximise the geological data obtained and minimise costs on the project.

“Anyone who has worked in the DRC knows that securing finance can be a tricky business. People want the Ferrari of geological work but only want to pay for a scooter.”

The intricacies and excites of pegmatites

Much of the recent market excitement in mining and exploration has been based around exploration of pegmatites, not for their typical 3Ts (tin, tantalite and tungsten) but for cobalt, lithium, and rare earth elements (REEs).

Although there is nothing basic about REEs, all good exploration starts with the basics, no matter how complex the mineralisation or deposit is. Minrom recently undertook a desktop study for the exploration for REE deposits in South Africa. The study focused on the different types of deposits associated with REEs as well as a review on the current REE projects in south Africa. The results? Potentially economic REE deposits in South Africa exist, and despite being as their name suggests, rare, five prospects were identified.

Minrom recently performed a geological mapping, trenching, and sampling programme within the Neoarchean rocks of the NUT (North Uganda Terrane) in Uganda. These supracrustal rocks have been divided into the 22 different lithodemic units of deformed granitoids, migmatitic granitoids, and gneisses of a granitic or granodioritic composition.

Pegmatites are known for “doing their own thing” which includes suddenly changing direction, terminating unexpectedly, pinching out, diving to depth or becoming blind pegmatites, or, if you are lucky, ballooning to form mineralisation rich pockets. The next step is delineation of the pegmatite.  One of the most effective ways is trenching – so a trenching and sampling programme was established around the targeted pegmatite occurrences. This method has proven successful in delineating the pegmatites and the exploration programme continues.

The current world supply of lithium ore is dominated by Li-brine deposits, however, despite the smaller volume and resource size, hard rock lithium deposits have remained a source of lithium due to the wider geographic distribution. Lithium comes from the LCT family pegmatites (lithium-cesium-tantalite or LCT) which occur at specific distances from the source of the pegmatite, and notably, are inferred to be associated with S-type granitic suits.

Understanding the morphological aspects of Li-pegmatites is one of the key factors in exploring for these deposits. Using this principle Minrom identified possible lithium deposits in the S-type granites of the Damara Orogenic Belt.

Minrom’s exploration work focused on the Northern tin belt of Namibia, which stretches from the world renown Uis tin deposit to the coast of Namibia.

This historical tin belt includes three pegmatite swarms known as the Strathmore, Karlowa, and Uis Pegmatites, which were identified as holding lithium mineralisation.

These pegmatites were historically neglected because they have low tin grades and lithium was relatively unexplored for.

These projects show that whether one goes back to basics, or revisits historical deposits, or investigates uncommon mineralisation occurrences, the best exploration technique is the one that best suites the objective.

That is why Minrom prides itself on geological expertise across commodity, deposit, and mineralisation types.