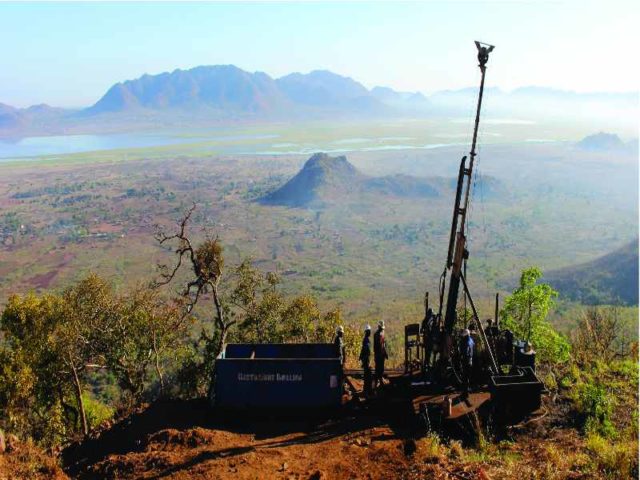 It is focusing on ensuring a timeously delivered project that guarantees the best economics and financial returns for its stakeholders.

Jurisdiction, a quality ore body, solid partnerships and stakeholder cooperation are all elements which play a vital role in ensuring the development and production delivery of Songwe Hill, “and will distinguish Mkango Resources from its peers as we now move through the final steps necessary to develop the project,” said CEO William Dawes, speaking on the sidelines of the African Down Under conference in Perth, Australia in September 2018.

Mkango Resources was awarded the licence for the project in 2010 and has spent the last eight years moving it up the value curve to completion of a prefeasibility study in 2015 and now the feasibility study which will be the main focus for 2019.

In November 2017 the company announced a successful transaction with technology metals-focused Noble Group subsidiary Talaxis who will acquire up to 75% in Lancaster Exploration (the local subsidiary which holds the project licence), as well as a 49% stake in Mkango Resources’ downstream metals division Maginito Limited.

Songwe Hill’s feasibility study is fully funded, in phases, through this deal. “This is a strong partner which guarantees a market for our product,” Dawes highlights.

The pathway to production

The initial phases of a feasibility study comprise a major drilling programme (including infill, geotechnical and step-out drilling), metallurgical optimisation work currently underway in Australia and Canada and the delivery of the environmental, social, health impact assessment (ESHIA).

The 10 900 m drilling programme focused on confirming and upgrading the existing indicated and inferred mineral resource estimates, testing extensions to the mineralisation, and geotechnical drilling was recently completed.

It comprised 91 drill holes to a maximum depth of 220 m and was initiated in June this year and completed in just three months. It was the largest drill programme executed in the history of the project and has already confirmed broad zones of mineralisation.

One specific drill hole further revealed the north-west extension of mineralisation, outside the previously delineated indicated and inferred mineral resource estimate. This is first time mineralisation has been intersected in this area.

Having completed this crucial element of the feasibility study on time, the current focus is now on completing the resource update incorporating these drill results, and subsequent publication of the associated 43-101 technical report, the latter expected in Q1 2019 and which triggers the £7 million investment from Talaxis to complete the full feasibility study.

Songwe Hill will be a bulk tonnage, open pit operation with mineralisation exposed at surface.

Its main value component is neodymium (Nd) and praseodymium (Pd) – the two key components for rare earth permanent magnets which has become the preferred and most cost efficient means of driving electric motors.

“Tesla, for example, recently announced its shift to using Nd magnetic motors which alone indicates the potential for an increase in demand for our product,” Dawes stated.

And while the final feasibility study will determine Songwe Hill’s ultimate production parameters, the prefeasibility study outlined a 0.5 Mtpa operation to produce a mixed product suite over an 18-year lifespan.

A project of this size would require US$216 million.

“The feasibility study will look at different production options based on the updated resource. We also want to consider the steps required and financial benefits of producing separated Nd/Pr.

“Based on the PFS capex of $216 million, we would fall amongst the lowest in the sector in terms of the capital we need to build the project. This is aided by, and is a reflection of the very good infrastructure in Malawi.”

The infrastructure in Malawi includes an operating railway line as well as a good road network which can be used to travel for an hour and a half to access a major commercial centre.

Dawes noted that there are also new power developments planned in the country which will ensure the project has access to electricity.

“Jurisdiction is a huge factor in determining project success and Malawi is the right place to be. We have full support from the government.”

This could possibly see the company advance from this point onwards to be one of the leaders in the sector.

In addition to developing an ore body that contains ‘the right mix’ of rare earths, Mkango Resources has surrounded itself with partners that bring financial comfort and processing expertise to its pool, which in addition to Talaxis also includes Metalysis – a metal and alloy materials producer based in South Yorkshire.

Talaxis executive director Daniel Mamadou-Blanco revealed that after evaluating a number of rare earth projects, all at various stages of development with few at an advanced stage in Africa, the company felt Songwe Hill ticked the right boxes.

“It has the right mix of geology and no challenges or cost implications with regards to logistics, which for a rare earths project is as important as the ore body itself. This project is the right fit for our company,” said Mamadou-Blanco.

Through the company’s marketing networks that extend naturally into China and Korea, in combination with its intention to expand into more traditional markets such as Europe and the United States, it will ensure Songwe Hill product has a final destination.

“The joint venture with Metalysis that extends our reach into downstream markets further separates this project and company from its peers and provided another attractive element which sweetened our deal,” he concluded.