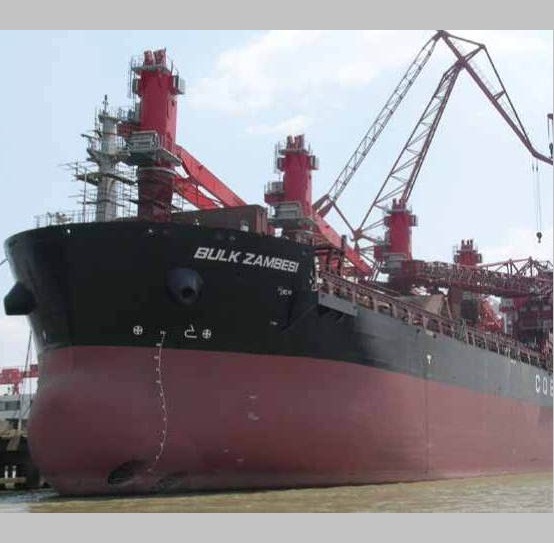 Coal carried from the Mozambican province of Tete along the Sena railway line to the port of Beira so far this year has earned state rail and port management company Portos e Caminhos de Ferro de Moçambique (CFM) US$52 million.

Macauhub News Agency quotes CFM-Centro chief executive Cândido Jone as telling daily newspaper Notícias that so far 3Mt of coal have been transported, compared to 1.5Mt in the same period of 2012. The coal carried along the line is produced by Brazilian group Vale and Anglo-Australian group Rio Tinto, as Indian group Jindal Steel and Power and Minas de Moatize transport their coal by road.

Coal exports until last Tuesday from the port of Beira, which is managed by Cornelder de Moçambique, involved 82 ships that carried the coal to the Asian, American and European markets, and the terminal contains another 5Mt of coal ready for transport.

The new terminal possesses state of the art loading equipment and can handle 6Mtpa of coal “the same capacity as the Sena railway line that runs from the Moatize coal basin in Tete to Beira.

Gabriel Muthisse, an official from Cornelder de Moçambique, confirmed that work underway to increase the capacity of the Sena railroad from 6.5 to 20Mtpa by February 2015, as well as to expand the port of Beira to process up to 26Mtpa of coal alone.

Picture: One of several trans-shippers specially built to carry export coal from Beira to Asia, North America and Europe.