During the first quarter of 2010 Murray & Roberts implemented a new strategy to focus the capacity of its various international mining contracting companies, which on a combined basis will enable the group to engage the global market more effectively.

This follows half a decade of acquisitions and growth that has seen Murray & Roberts’ mining contracting companies, which accounts for some 20% of the turnover of the broader Murray & Roberts group, establish strong presences in the Americas and Australia in addition to its traditional base in Africa.

In 2004 Murray & Roberts enhanced its presence in Australia under the banner of RUC Mining Contractors, but it was in 2005 that the Murray & Roberts group decided that mining contracting would be one of its core areas of focus. It gained critical mass with the acquisition of Cementation from Skanska.

“In that deal we bought Cementation Africa and Cementation Canada, and the latter gave us a foothold in North America while strengthening our position in Africa,” Widlake says. 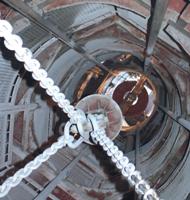 In 2007 Murray & Roberts bought Concor, and the mining section of that company strengthened Murray & Roberts Cementation’s capacity to operate in the coal environment in particular. “We are in the mine development arena for collieries, where we provide infrastructure and develop underground mines but we do not provide a contract mining service as we do in hard rock mines.”

Murray & Roberts had by then become well established in Africa, with locally registered companies in Zambia, the DRC, Tanzania, Namibia, Botswana, Zimbabwe and in West Africa. “Having a locally registered entity enhances the acceptance of us in various countries,” Widlake notes. “Generally once one gets a contract in a country or region it gives us the opportunity mobilise effectively.”

This is what happened in the USA with Cementation Canada securing a contract for the Resolution copper project at Salt Lake in Utah. It has subsequently gained two further contracts in the US and has established a company in Salt Lake City.

The next step in the internationalisation of Murray & Roberts’ mining business was the establishment of Terracem in Chile where it has a 50% stake. This South American entity has mainly focused on raiseboring and has five machines operating in the Chilean market. “We are seeing the mining sector in Chile maturing in that a number of opencast operations are reaching the stage where they are uneconomic and need to go underground,” Widlake says.

“After we received an enquiry from Chuquicamata copper mine, one of the largest opencast copper operations in the world, we opted to establish a new company, Cementation South America, in Chile. We have also received some contract design packages from Hatch to do the engineering for a couple of shafts in that part of the world.” As a result, the company is building up its engineering capabilities in South America while continuing to operate its raiseboring business.

At the same time, RUC Mining Contractors in Australia has grown from an operation which had just a fleet of raiseboring machines to one where the company now manufactures machines in Kalgoorlie – though it does not sell them outside the group. The machine, the Strata 950, is a large bore unit that can be used for 6.0 metre diameter holes extending a thousand metres in depth. “We have not yet brought one of these machines into South Africa but have exported one to Chile.”

During 2009 the business in Australia changed its name to RUC Cementation Mining Contractors. It has been successful in securing business in Australasia, and has also been awarded a contract in Mongolia by Ivanhoe Mines as well as from Freeport McMoran in Indonesia.

Even with platinum group metals activity having slowed, Murray & Roberts Cementation is still seeing opportunities in Africa. This is particularly in the copper regions of Zambia and the DRC and in gold mining projects in West Africa which are looking at underground options. The Murray&Roberts group’s business at this stage is accounted for by contributions from three main geographic regions; Africa, which accounts for 55%; the Americas, both north and south, which account for 35%; and Australasia, which accounts for about 10%.

With its new focus on the global mining market, the companies Murray & Roberts Cementation, Cementation Canada, Cementation South America and RUC Cementation Mining Contractors are now collectively being referred to as The Cementation Group.

Overall, as a result of its internationalisation, The Cementation Group is probably the leading operator in raiseboring worldwide, with some 50 machines in its fleet; similarly in the shaft sinking arena which is a very specialised field. “It was for this reason we saw a need to form a single executive committee for The Cementation Group so that we can share information and resources across the different regions. This sharing of resources means both equipment and people.” Widlake relates a number of instances where people with specific skills have been sourced from one part of the world within the group to undertake a project in another region.

The Cementation Group has not yet looked at China, India and the rest of Asia in any meaningful way, and Widlake believes this new approach will give the group a more global focus with the executive committee evaluating and considering global opportunities as opposed to just looking within their own regions. “Mining is a global industry and we have to think accordingly,” Widlake says.

A raisebore operation where the
RVDS system was used during pilot
hole drilling to achieve optimum
accuracy.

These changes within The Cementation Group have happened in a period following the economic peak of 2008, when mining companies were dealing directly with contractors for fear of not having the capacity to build their projects. Since then the market has normalised again to one where there is a competitive tendering process for projects.

“The consultants have seen the turnaround first, but in order to do their studies they need input from contractors, and in the fourth quarter of 2009 we started to see more work in this area. We are now seeing a few major enquiries and we expect to see a lot of work coming to the market as from the latter part of 2010,” Widlake says.

Though Murray & Roberts Cementation works in an industry where there are long term projects, Widlake says that the company has capacity to undertake further work. Part of the reason is that a change in methodology adopted from Canada could see sinking projects undertaken in 10% to 15% shorter timeframes. This new methodology is being referred to as the New Era Sinking Methodology. The company has evolved its training approach to ensure smaller complements of more multiskilled personnel on shaft sinking projects. The company’s training facility near Carletonville has four training shaft barrels that cover all the methodologies used in sinking. This training academy can accommodate 200 trainees a day. The company retained its core skills base and continued training during the economic downturn but the business model also relies on hiring new people for contracts and to this end they need to be trained.

The new era shaft sinking methodology developed by Murray & Roberts Cementation has a strong safety component and is in line with an increasing focus on safety in the mining sector. “However, companies that will continue to use traditional methods will see their projects going slower than previously, due to increased focus on safety.”