The rights to the Galvanox technology — awarded by the University of British Columbia (UBC) – will enable Bateman Engineering to market this technology exclusively in about 20 countries. In addition, Oxiana Limited has granted the company exclusive rights to sublicense the leach process used at the award-winning Sepon copper project in Laos to other potential users in about 15 high-priority target countries.

These technologies enhance Bateman Engineering’s already extensive source of in-house knowhow on leach processes for the recovery of copper and cobalt from diverse ore and concentrate types. This expertise has recently been focused into a Copper Leach Centre of Excellence, established at Bateman Engineering’s Perth, Australia office, to facilitate its commercial exploitation worldwide for the various process technologies. The Galvanox technology is a novel atmospheric leaching process which offers several potential advantages over existing copper-leach processes for primary copper sulphides. As it is selective for the primary sulphide mineral chalcopyrite over pyrite, it is applicable to low grade or bulk concentrates. Copper recoveries of 98 % or greater have been achieved in test work under controlled conditions, in periods between four and 24 hours.

Typically, about 90 % of the concentrate is processed through the atmospheric leach tanks, with the remaining 10 % being leached in a small pressure oxidation autoclave to provide heat and sulphuric acid make-up for the primary atmospheric leach.

The photograph shows stainless steel leach tanks for the atmospheric leach circuit at Sepon Copper in Laos, during the construction phase in 2004. Oxiana Limited has granted Bateman Engineering the exclusive rights to sub-license the leach process used at this award-winning copper project

In order to assist UBC to commercialise the Galvanox technology, Bateman Engineering has funded the construction of a small leaching pilot plant in Vancouver, Canada and commissioned pilot-plant studies on concentrate supplied by potential end users of the technology. The results of these test programmes confirmed earlier laboratory scale tests and were used to prepare preliminary cost estimates for process plants using Galvanox technology, with the initial conclusions proving very positive relative to published information on alternative copper sulphide leach technologies.

GROWING INTEREST IN PROCESSES
A number of prospective customers wishing to investigate the applicability of the process to their prospects have initiated discussions with UBC and Bateman Engineering, and several new test programmes are under way.

Bateman Engineering has also assisted UBC in securing additional funding from the Natural Sciences and Engineering Research Council of Canada, and has entered into a collaborative research agreement itself with UBC, with related funding, for the further development of this technology.

Under the terms of the marketing agreement, Bateman Engineering is actively promoting and pursuing opportunities for commercial application within the nominated exclusive territories. The company will prepare all the technology-supply packages for proposed projects and assist UBC and the end users to negotiate licenses for project-implementation services and end-user sites. For non-exclusive territories Bateman is considered a qualified vendor to design and build Galvanox plants.

Bateman Engineering supported the development of the Sepon leach process for several years and implemented the first phase of the Sepon project in a joint venture, with the plant being successfully completed in March 2005.

The Sepon process is applicable to the treatment of copper-bearing ore primarily containing secondary sulphide minerals such as chalcocite and, as with the Galvanox process for chalcopyrite, it offers high copper recoveries and low reagent consumptions.

In the process, the ore is milled and is then leached in agitated tanks operating at atmospheric pressure at about 800C. Oxidation of the copper sulphide minerals occurs via action of the sulphuric acid and ferric ions in the leach solution. The leach residue is then treated by froth flotation to recover un-reacted copper sulphides and pyrite to concentrate, which is processed in a small pressure oxidation autoclave. This leaches refractory copper minerals, but its primary function is to generate ferric sulphate, sulphuric acid and steam, all of which are recycled to the atmospheric leach steps. 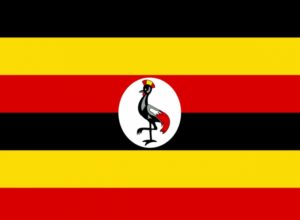