Lusaka, Zambia — MININGREVIEW.COM — 02 April, 2008 – Zambia has begun enforcing its new tax code that will see mining firms pay more in royalties and other taxes, despite objections that the government has reneged on tax exemption deals with foreign investors.

Reporting this development from here, Reuters explains that all foreign firms in the copper-rich central African nation are required to start paying the higher taxes this month.

The mineral royalty has increased from 0.6% to 3%, while corporate tax on the miners has risen from 25% to 30%. Zambia also has introduced a 15 percent variable profit tax on taxable income above 8 percent, and a minimum 25 percent windfall profit tax has been enacted.

“There is now a law in place with effect from today,” mines and minerals development minister Kalombo Mwansa told Reuters. “We have a new tax regime for the mines and it is really a matter of the law.”

The news agency reports that the bigger tax bite has outraged mining firms who have said the move could discourage investment in the sector, which is a major employer in Zambia and accounts for a large share of foreign earnings.

Chamber of Mines of Zambia head Frederick Bantubonse said the new taxes flew in the face of development agreements that had exempted foreign investors from paying taxes for as long as 20 years in some cases.

“This will discourage direct foreign investments because investors will have no confidence in the government if it cannot honour signed agreements,” Bantubonse told Reuters. He added that mining companies might also face problems raising capital for upgrades and expansions of existing copper and cobalt mines in Zambia as a result of the tax changes. 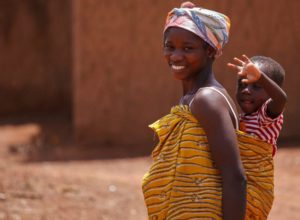