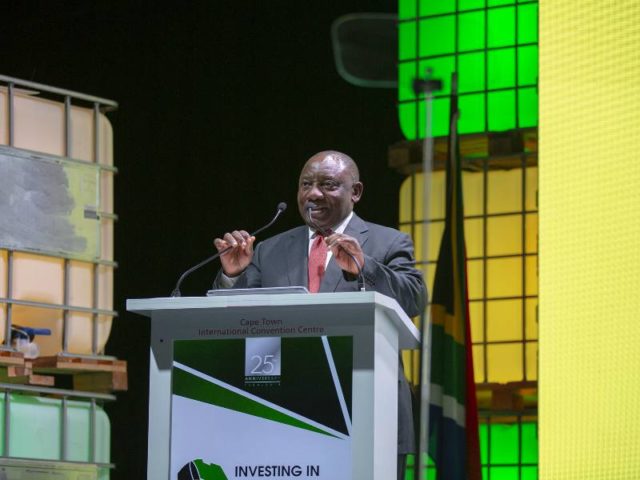 The South African mining sector is facing many challenges, but regulatory certainty and the administration under President Cyril Ramaphosa could spell a new dawn for the industry.

While it has been the main driver of the South African economy for many decades, the mining sector is under increasing pressure from rising costs, regulatory uncertainty and waning investor confidence, but there is hope that government under President Cyril Ramaphosa will usher in a new dawn for the industry.

The tough operating environment for South African miners is evidenced by subdued merger and acquisition activity (M&A) in the sector, which has plateaued over the past few years – not only locally, but across the continent.

A total of 188 M&A deals were concluded across all industry sectors in Africa last year, worth $17 billion, including five deals worth at least $1 billion.

This was the lowest value of M&A activity registered on the continent since 2009, when 179 deals, worth $14.5 billion, were recorded.

The energy, mining and utilities sector was the most active across the continent last year, with a total of 41 M&A deals, worth $5.5 billion, announced.

Of this total, 19 were African mining deals, falling well short of the post economic crisis high of 37 seen a year prior.

The South African mining industry is not nearly as robust as it was 20 years ago and only a handful of local companies with large market capitalisation remain operational today.

Much of this can be attributed to the historical characteristics of the local mining sector, which for many years saw South Africa hold the top spot among the world’s gold and platinum producers.

However, the known precious metal resources are dwindling and many of the country’s gold and platinum mines are reaching the end of their lives, as deep-level mining is generally not financially sustainable.

At the same time, there has been a lack of the exploration expenditure necessary to identify the new mines of tomorrow.

It was however heartening to note in the Minister of Mineral Resources, Gwede Mantashe’s, speech at Mining Indaba 2019 that he has instructed the Council for Geosciences to enhance the mapping of South Africa’s ore-bodies.

In addition, the costs of starting new mining operations, coupled with regulatory and social hurdles, dictate that only extremely attractive prospects stand any chance of attracting investors.

Numerous factors have contributed to the decrease in mining M&A in South Africa last year.

First is the uncertainty around the mining charter, which was published by government in June 2017, without any consultation with the industry players.

This took the industry by surprise and did a lot to damage investor confidence.

While a new mining charter has since been published, the guidelines to the 2018 Mining Charter were only rolled out in December 2018, meaning that any regulatory certainty it may have brought to market wasn’t reflected in M&A activity last year.

Second is the mining industry’s dependence on public utilities for the supply of water and electricity.

In other jurisdictions there have been amendments to legislation, such as increases in taxes on mining companies in the DRC, Tanzania and Zambia.

This impacts on M&A activity throughout Africa, not just in South Africa.

Mining M&A activity, particularly in the gold and platinum sectors, is not expected to recover in 2019, but will likely remain at last year’s levels.

A slight uptick in M&A activity might be seen among bulk commodity miners, such as those in the iron ore, manganese, chrome and coal sectors.

Those sectors fared well in 2018, but the overall mining sector in South Africa saw an aggregate loss of about R11 billion, including impairments in gold and platinum.

Recent court judgments have also complicated the operating environment for miners, placing greater emphasis on social licence to operate. A recent Constitutional Court judgment made it clear that full and informed community consultation was required.

A subsequent ruling by the High Court found that full and informed consent of customary communities, whose rights in land are protected under the Interim Protection of Informal Land Rights Act of 1996, is required for mining rights to be granted in terms of the Mineral and Petroleum Resources Development Act of 2002 in relation to the land they occupy.

Previously, miners were able to negotiate with the head of a community to conclude a transaction, but will now have to obtain the consent of the entire affected community, which may consist of opposing factions.

This will be highly problematic and will place new mining development in a state of stagnation.

The Department of Mineral Resources has appealed the High Court judgment.

But there are positives. There is hope for the mining sector in the regulatory certainty brought in by the new mining charter.

There has also been a recognition by government that mining is a great contributor to the economy and to the country’s foreign exchange reserves. Mining contributes about 40% of South Africa’s foreign earnings.

The Ramaphosa administration has brought about a fundamental shift, creating a greater degree of trust between government and the mining industry.

At the recent Mining Indaba, both Minister Gwede Mantashe and President Cyril Ramaphosa stressed the importance of the cooperation necessary between mining companies and their host communities.

However, there is also the recognition that in order to contribute to community upliftment, mines must be profitable and cannot be hang-strung with overly burdensome taxes, royalties and regulatory prescripts.

There is now a shared vision that mining can be developed and can contribute significantly, both socially and economically.