Vancouver, Canada — 12 September 2012 – International gold miner Great Basin Gold Limited (GBG) has announced that it has suspended operations at the company’s Burnstone mine, located in the Witwatersrand Basin in South Africa, as of September 11, 2012.

A statement released here said the suspension of all development and production activities followed a recommendation from the company’s strategic review special committee, which was formed on August 15, 2012. The recommendation was based on the company’s inability to continue funding the working capital required by Burnstone to achieve cash flow breakeven, which would have taken until May 2013 at current ramp-up rates.

The statement added that GBG was seeking financing for the immediate costs associated with the shut-down, which were estimated in the range of US$30 to US$40 million dollars, inclusive of currently overdue accounts payable, together with ongoing monthly costs in the US$1.2 million range for a care and maintenance programme once it was developed and implemented. It said there was currently no certainty that such financing would be made available to the company.

Interim CEO Lou van Vuuren commented: “Burnstone remains a very valuable project with over 6Moz of gold in proven and probable reserves and a forecast life of mine in excess of 25 years. We believe that following the injection of sufficient new capital, this asset will demonstrate its long-term value to investors and employees.” 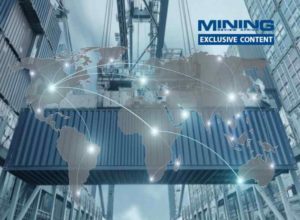