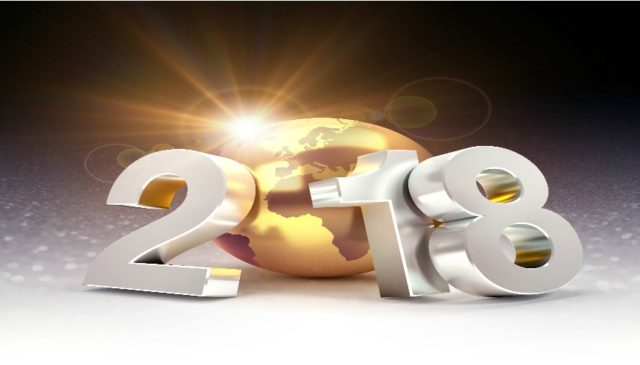 According to the gold market development organisation, the World Gold Council, there is strong reason to be optimistic about the gold sector’s performance in 2018 – particularly as the global economy continues its gradual recovery back to normality following the worldwide financial crisis, head of member and market relations JOHN MULLIGAN tells SASCHA SOLOMONS.

“The global financial market factors set to affect the gold industry in 2018 include the sustainable economic growth trajectory anticipated in China, supported by increased consumer demand and recent government policies implemented in India which are expected to create positive impacts over the next year,” he starts.

Further, Mulligan mentions that the Federal Reserve, the central bank of the United States, is expected to continue shrinking its balance sheet, as continued global economic expansion will likely result in tighter monetary policy.

“The risk of frothy asset prices and an extended bull market in 2018 raises the potential for a substantial correction in global financial markets. Investors, many of whom are already aware of their heightened risk exposure and consequent vulnerability, may well seek increased exposure to gold as an insurance asset,” he notes.

There is also a range of initiatives aimed at strengthening and broadening domestic gold markets, from the development of a spot exchange in India to potential developments in Russia’s tax rules relating to gold. “While these developments were emerging in 2017, they may have a direct impact on the gold market’s development in 2018.”

Mulligan comments that prospects for demand are positive, driven not only by macro-economic factors such as possible US dollar weakness and stretched equity valuations, but also by the major demographic shifts and income growth in gold’s largest markets – India and China.

“When we look at the evolution of the gold market over the last few decades, we see structural changes and strong growth in demand from a far more diverse set of sources,” he states.

He mentions that the Eastwards shift in demand has underpinned substantial growth; and the rise of investment demand and gold’s increased acceptance as a mainstream asset have helped drive a strong price.

Supply also contributes to a more balanced market, with no single country dominating mine production and recycled gold able to satisfy the demand that cannot be met from newly mined gold alone, Mulligan continues.

He highlights that gold miners are now far more disciplined in managing costs, reducing debt and focusing on value creation rather than expansion and higher production. This, along with a positive outlook for the metal, has led to investors returning to the sector.

Looking at gold’s recent performance as an asset, the past year has been fairly positive, with its US dollar value rising a very healthy 13.5%, even in the context of stiff competition and factors many thought would be problematic for gold.

“Against a backdrop of soaring equity values and tightening monetary policy, with three interest rate rises from the Federal Reserve and a lift in the Bank of England’s benchmark rate for the first time in ten years, gold still built momentum during the year,” states Mulligan.

He points out that contributing factors include more people in more countries now owning gold for more purposes than at any other time in human history and that this very diverse set of consumers and investors has reshaped the market.

A key driver in this change has been the rise of gold as an investment and the growing recognition that it is an asset of strategic importance, particularly in developing economies where investment markets are still young.

“In addition to the more balanced structure of the gold market which allows it to respond robustly to changing economic conditions, I would highlight the general moves to greater levels of transparency and responsibility across the gold supply chain as key factors in the current market which are also likely to be of significant influence in the future,” he says.

Mulligan notes that the gold supply chain is a long and complex one but, globally, the gold market is a significant contributor to global GDP and very important in particular to national economies. “In India, for example, the gold jewellery industry employs millions and is comparable in scale to other key manufacturing sectors in the country.”

Gold mining’s contribution to global GDP has grown very substantially over the last decade or so – for example, its direct economic contribution to the global economy is estimated to have increased seven-fold from 2000 to 2013, and its total impact is likely to have been far greater.

“Gold mining is particularly significant to the economic growth of less developed nations and in the last 10 to 15 years, we have seen the majority of mining economies shift from lower income to middle or higher income status. And in developing countries such as Ghana, Mali and Burkina Faso, gold mining has demonstrated that if allowed to grow and prosper it can contribute very substantially to national incomes and exports,” Mulligan comments.

“It is also worth noting that in gold mining countries, government treasuries collect far more revenue from income and employment taxation than they do from royalties and direct mining levies.”

It is also important to note that the majority of money spent by gold mining companies remains in the host country. Gold mining has also been very successful in utilising local labour and seeking out local suppliers. Over 90% of gold  mining employees in Africa are from their host nations.

This is significant for developing countries as higher income workers usually support a higher number of dependents than in developed economies and can help stimulate growing local consumer markets.

Further, Mulligan illustrates that gold mining has been proven to have a positive impact on economic growth and the lives of citizens in the countries where gold mines are in operation, due to the local employment and business opportunities it creates and the capacity and infrastructure it often supports or builds.

A dynamic gold mining sector may also lead to additional foreign direct investment and substantial foreign exchange and tax revenues to countries. “Over the last few decades, Africa is one region that has benefited most from the growth in the value created by gold mining.”

Mulligan states that South Africa is rich with potential for gold mining. However, there are geological, economic and political challenges that contribute to constrained South African production.

“The nation has generous mineral reserves and high-grade ore bodies but, unfortunately, these are not always easily accessible.”

He explains that, as the South African mining industry looks ahead, in order to ensure sustainable and competitive production levels the industry will need to lower and stabilise costs and implement consistent policies and frameworks that will bolster investor confidence in the sector. These conditions will offer enduring opportunities and rebuild investor confidence.

Modern technology and innovative infrastructure will also be crucial in this endeavour. However, the most important factor to navigate a positive future for the South African mining industry will be for government bodies, mining companies, regional communities and workforces to understand and agree on the significant value that gold mining can bring to local economies. “Only by working collaboratively will these stakeholders be well placed to improve the resilience of the South African mining industry.”