Petra Diamonds has recovered an exceptional 29.6 carat blue diamond at the Cullinan mine in South Africa.

“The stone is an outstanding vivid blue with extraordinary saturation, tone and clarity, and has the potential to yield a polished stone of great value and importance,” Petra said in a statement.

Blue diamonds are among the rarest and most highly coveted of all diamonds and the Cullinan mine is the most important source of blues in the world. This stone is one of the most exceptional stones recovered at Cullinan during Petra’s operation of the mine.

Cullinan is renowned as the world’s most important source of blue diamonds, providing the collection of 11 rare blues displayed in 2000 at London’s Millennium Dome alongside the Millennium Star and which included the fancy vivid blue ‘Heart of Eternity’ (27 carats polished). 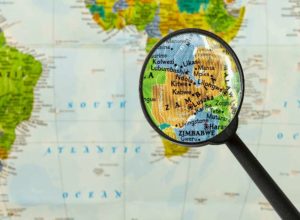