The once loss-making Zululand anthracite operation has come a long way since previous owner Rio Tinto put it for sale and investment company Menar Holding led by Vuslat Bayoglu bought it in 2016 and turned it into profitability.

At least 1 350 jobs were at risk were saved in the process.

The company plans to open a new shaft by the end of the year, bringing the total to four and start a completely new mine near Vryheid to complement the high-quality coal produced in Zululand.

Subject to regulatory approvals the company will also add another mine as part of its growing portfolio in the province in the next two years.

A very optimistic Bayoglu, who spoke at the Junior Mining Indaba in Johannesburg, shared some details about his plans for the future of the business which has been increasing its market share while investing in local economic development and social upliftment in the Zululand area.

At least 26% of the company is owned by the community and workers. The community is represented by the Ingonyama Trust led by King Goodwill Zwelithini.

Soon after Menar acquired the colliery, Bayoglu’s strategy started to bear fruit. Production of sellable coal increased from an average of 42 000 tpm to 54 000 tpm and increased international market share. The company now exports coal to the United States, Brazil, Spain and Ireland.

“This is the success story of ZAC and we are very happy that we saved, that we still carry on supplying anthracite to our customers in Witbank because it’s critical for them. Their replacement is coke, which is almost twice as expensive and it comes from China,” says Bayoglu.

“We are trying to increase the life of the mine. It is critical for the mining industry, for the smelting industry and the electrode paste industry, among others. We are very proud as a team to manage to revive the mine and make it profitable again.”

Mining analyst Peter Major, who was present at the presentation, described Bayoglu's investment company as an "unlisted Glencore”. Major also added “we are waiting for you to list the company so that we can invest.” 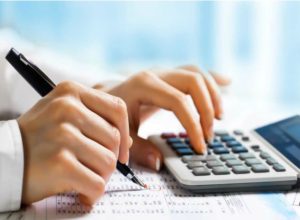