Bangkok, Thailand — 26 July 2012 – Thai state group PTT Exploration and Production plans to buy more stakes in oil fields in Mozambique and Kenya after the acquisition of Irish company Cove Energy has been completed.

Macauhub News Agency quoted company executive vice president Asdakorn Limpiti as saying that Cove Energy’s main asset was an 8.5% stake in Area 1 of the Rovuma Basin, in the sea in northern Mozambique, where US group Anadarko Petroleum, which has the biggest stake of 36.5% and is the operator, announced it had discovered natural gas reserves estimated to total 66 trillion cubic feet.

The Irish company also has a 10% stake in the Rovuma Onshore block and in seven other sea blocks in Kenya, with stakes of between 10% and 25%.

Cited by English-language newspaper the Bangkok Post, vice president responsible for strategy and business development, Asdakorn Limpiti noted that the group was interested in acquiring more stakes, “if our future partners plan on letting go of them.”

Group chief executive Tevin Vongvanich said that the acquisition of Cove Energy would be concluded next week, when more than 90% of the company’s shareholders would agree to sell their shares.

The Thai group is also waiting for authorisation from both the Mozambican Natural Resources Ministry and the Kenya Competition Authority. 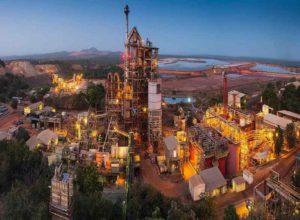