Rainbow Rare Earths’ Gakara mine a star attraction in Burundi 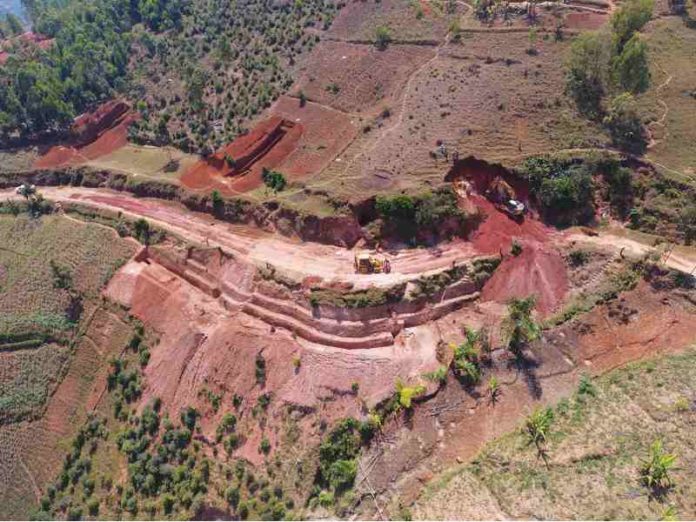 LSE-listed rare earths element miner Rainbow Rare Earths is now one of only a handful of rare earth mine producers outside China.

It has successfully transformed from a development project into Africa’s only producing rare earths mine, CEO Martin Eales tells Sascha Solomons.

One of the world’s richest rare earth deposits, Gakara, is located in Burundi, roughly 20 km south-southeast of Bujumbura and covers a combined area of about 39 km².

The company was granted a mining licence in March 2015 which is valid for 25 years and renewable after that.

The company is benefiting from an increase in demand for rare earth magnets, the most efficient of all the varieties required for electric vehicles, smartphones, wind turbines and generators and electronics.

“There is no longer any real debate around whether the demand for rare earth magnets is going to grow – the question is how quickly and how far,” says Eales.

The Gakara operation is 90% owned by Rainbow Rare Earths and 10% by the Republic of Burundi and is described by Eales as exceptional.

With in-situ grades in the range of 47-67% Total Rare Earth Oxide (TREO), which is many times higher than industry norms, production can be selective, and capex kept low (to date, just over US$10 million has been spent on the project).

The operation is also environmentally-friendly due to the use of mining techniques which rely to a large extent on manual labourers recruited from local communities and processing methods that use minimal energy and no chemicals.

With a focus on achieving sustainable, long-term production from the Gakara project, the company has achieved a number of milestones in 2018, and with the price of rare earths remaining relatively stable thus far, this has definitely worked in favour of the company’s objectives.

“It is crucial to note that we have a full mining processing operation running with very little capital spend. And within 12 months of our IPO debut on the LSE, we developed a mine and built a plant ready for production,” notes Eales

Since the announcement of first production in December 2017, the mine has ramped up its production and has a rare earth concentrate production run rate target of around 400 tpm which is on track around the end of this year.

All of the ore production in 2017-18 was mined from the Gasagwe deposit.

The nature of the vein stockwork at Gasagwe enables the company to continue revealing new veins as production continues and it is likely that operations will continue for longer than originally anticipated, with significant upside to the life of mine.

“At this point last year I was looking forward to the commencement of Rainbow’s production and our first exports of rare earth concentrate from Burundi and I am delighted to say that the major anticipated milestones were achieved successfully, on time and safely,” notes Eales.

Before the end of this year Rainbow also plans to embark on a second mining area at Murambi.

This is planned to start operating in the fourth quarter of calendar year 2018, depending on final environmental approvals.

Murambi has some very similar characteristics to the Gasagwe deposit in terms of the vein structure, mineralogy and most importantly, high TREO grades.

“It has always been part of the company’s strategy to operate multiple mining faces and Murambi will be a very important source of additional ore to Gasagwe, as well as reducing the reliance on just one area to supply all of our ore,” explains Eales.

Included in the company’s portfolio is the processing plant at Kabezi which had been commissioned in 2017.

The Kabezi plant is located approximately 20 km from the mining areas and about 13 km south of Burundi’s capital city, Bujumbura.

This site is advantageous to Rainbow because of its location near Lake Tanganyika, and due to its proximity to a main asphalt road, which provides transportation links for the export of concentrate.

Rainbow has built in a large amount of volume capacity within the processing plant design that should enable the company to comfortably increase annual production of concentrate in years to come without any significant capital expenditure when new mining areas come on stream.

Looking at 2018, Eales notes that much has been achieved so far, but far more remains to be achieved in the future if the company is to unlock the full value potential in this truly exceptional rare earth project.

Although the current financial year will continue to see the company increase production on a monthly basis, the company expects to see its second mining area at Murambi delivering ore alongside Gasagwe in the next few months and to see the publication of Rainbow’s maiden code-compliant resource calculation following the Phase 2 drilling at Kiyenzi.

Apart from the company’s intention to expand production by operating multiple mining areas in parallel, Rainbow also has plans to develop a downstream separation capability, in order to capture more of the value of its concentrate.

“The signing of the co-operation agreement with TechMet will accelerate our work towards developing the capability of further processing our concentrate, in order to capture more of the downstream value,” comments Eales.

Under the terms of this agreement, TechMet will lead the work to complete a definitive feasibility study (DFS) for a separation process, which is intended to be owned as a joint venture between the two companies.  The DFS will be funded exclusively by TechMet on a reimbursable carry basis.

TechMet also contributed US$0.5 million towards an additional equity placing of US$2.0 million, which is intended to fund the development of further new mining areas in the company’s permit area and provide additional working capital for existing operations.

With so much unlocked opportunity remaining, Eales highlights that 2019 and beyond should hold even greater developments for the company’s rare earth projects adding that the market can expect Rainbow to achieve a new production target run rate of 6 000 tpa, as well as exploration activities that will target the wider mineralised potential of Gakara.

At IPO Gakara was estimated to have an exploration target of 20 000 – 80 000 t of vein material within the existing mining licence, but Rainbow will advance this with a maiden code-compliant Resource announcement before the end of 2018.