London, England — 16 November 2012 – International gold miner Randgold Resources Limited “’ a producer of the precious metal in West Africa “’ has dropped to the lowest level in two months in London trading, after the president of Ivory Coast dissolved the country’s government.

Bloomberg News reports that the company declined by as much as 5.1% to 6,580 pence, the lowest since 6 September when President Alassane Ouattara dissolved the government, said Amadou Gon Coulibaly, general- secretary of the presidency, in a statement in Abidjan.

“We don’t see this as sinister at all,” chief executive Mark Bristow said in a telephone interview. “It’s part of the routine political process.” Bristow added that he doesn’t expect the situation to affect Randgold operations.

Randgold operates the Tongon mine in Ivory Coast, producing 159,955oz in the first nine months, or about 28% of its total production. The company also operates mines in Mali and is developing a site in the Democratic Republic of Congo (DRC).

Ivory Coast, which produces about a third of the world’s cocoa, is recovering from violence that left at least 3,000 dead after Laurent Gbagbo refused to cede power to Ouattara following a November 2010 election. Ouattara was inaugurated in May 2011.

Randgold said earlier that Bristow yesterday sold 45,000 shares in the company at 6,799 pence each. 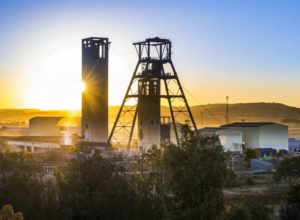