Mali/DRC/Côte d’Ivoire –  African gold major Randgold Resources boosted production to a new record level in the third quarter of the year on the back of a steady all-round operational performance while stepping up exploration programmes designed to find its next world-class discovery as well as to expand its existing reserves.

Gold production for the quarter was 305 288 oz, an increase of 5 000 oz than in the second quarter, with Kibali and Morila doing exceptionally well.

Heavy rains in Mali resulted in a pump system failure at Loulo, which temporarily cut off access to the high grade ore sections underground at Yalea. This resulted in lower than forecast grades and production, impacting on total cash cost per ounce, which rose to $699/oz during the quarter under review, compared with $684/oz in the second quarter.

A further drop in the gold price also depressed profits, which were $48.8 million against the previous quarter’s $59.2 million.

“Considering that the gold price had declined by 6% over this period to its lowest point since the first quarter of 2010, Randgold’s profit performance continued to be creditable,” says chief executive Mark Bristow.

He notes that the company remained debt-free, with net cash increasing significantly from $109 million to $168 million, further strengthening its balance sheet.

Meanwhile, Randgold’s flagship operation, Kibali, in the Democratic Republic of Congo, remains on track to exceed its full-year production guidance of 600 000 oz and the group as a whole is expected to be within its guidance range.

Bristow says the group’s intensified exploration drive is producing positive results across the board, and in the new field season its generative team will be chasing opportunities to expand its footprint in its West and Central African target areas.

“Key developments to date have been the good results from Sofia in Senegal, which have significantly enhanced the prospects of our Massawa project, the ongoing brownfields drilling at Gara and Yalea, the extension of resources and reserves around the Gounkoto and Tongon orebodies. “I believe that our improved understanding of the controls and styles of mineralisation across the Kibali permit will deliver substantial additional resources,” he says.

“In the fourth quarter we will be putting a big effort into our highly prospective holdings in Côte d’Ivoire, with a VTEM survey scheduled across the Boundiali and Makono permits in the north of the country. We’ll also be progressing the due diligence study on our Obuasi opportunity.”

Bristow says despite the state of the gold market Randgold continued to invest in its structured sustainability programmes, designed in line with its philosophy that mining companies had a moral obligation to put part of the value of the orebodies they exploit back into the creation of sustainable economic activities for the local communities.

“The gold mining industry is severely stressed and Randgold is certainly not immune to the pressure. Relative to our peers, however, we are still doing well.  We have a proven strategy against which we constantly test our businesses, and we are relentless in our drive to deliver on our plans,” he says. 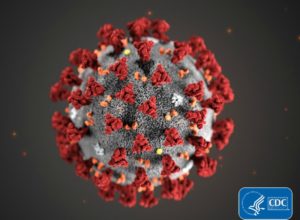