International gold mining and exploration company Randgold Resources – which has just completed a highly successful half-year in terms of exploration, project development and mining operations in West Africa – is aiming at exceeding production of 1 Moz in the region within five years, as well as implementing a growth strategy which could spread its future operations across the continent.

These two objectives emerged from a discussion with chief executive Mark Bristow, who outlined an exciting combination of growth plans in an exclusive interview with Mining Review Africa.

“We are working on a big regional growth strategy extending from Tanzania through the Democratic Republic of Congo (DRC) to Cameroon and Central African Republic (CAR). It is what I call our long term, ‘where do we go next’ strategy,” said Bristow.

“We operate our development or advanced projects from our offices Senegal, Mali and Côte d’Ivoire, and we have specific exploration offices in Burkina Faso and Ghana, as well as Tanzania, to implement our full new growth strategy all the way eastwards to Tanzania,” Bristow revealed. “As far as future exploration is concerned, we have identified a total of 184 targets in 41 permit areas covering 11 860 sq km in the most prospective gold belts of both East and West Africa,” he added.

“A very busy and successful second quarter was completed in exploration work in West Africa, concentrating on two key areas: completion of an initial resource estimate and scoping study for Massawa; and targeting of a new discovery, Gounkoto, in the Loulo district,” Bristow continued.

“In addition,” he said “good progress has been made with the compilation of data in the Central and East African regions, covering Central African Republic, Democratic Republic of Congo, Cameroon and Tanzania. By quarter-end the company had nine drill rigs in operation across four projects spanning three countries. We have an extensive portfolio of organic growth prospects constantly being replenished by our intensive exploration programmes in Mali, Senegal, Burkina Faso, Côte d’Ivoire and Ghana,” he stated.

PRODUCTION TO RISE BY 50%
Turning to current operations in West Africa, Bristow revealed that in 2008, Randgold’s two operations at Loulo and Morila in Mali had produced a total of 428 000 oz, and that the company expected group production to rise by almost 50% to 600 000 oz by 2011, with Tongon coming on stream in Côte d’Ivoire in the fourth quarter of 2010.

Randgold has just posted a 45% quarter-on-quarter increase in profit for the three months to 30 June, and reports that the development of its growth projects is on track.

Company profit for the quarter rose to US$18.9 million (Q1: US$13.1 million) on the back of a 10% increase in attributable gold production to 121 685 ounces, and a small improvement in the gold price received. Total cash costs per ounce were up 4% at US$477/oz, mainly as a result of accounting adjustments related to Morila’s conversion to a stockpile treatment operation.

“Moving on to the individual projects, our flagship Loulo complex in Mali boosted production by 23% to 87 261 ounces in the second quarter of 2009,” said Bristow. “It also reduced the total cash cost to US$483/oz, from 70 826 ounces at US$501/oz, primarily because of higher ore grades and slightly improved throughput,” he added.

The Loulo mine currently consists of two main open pits, Yalea and Gara, smaller satellite pits and the new Yalea underground mine. “A second underground mine, Gara, is in its final planning stage,” Bristow confirmed.

To cater for the production ramp-up from Yalea, throughput at the Loulo plant is being expanded by some 30%. “This expansion should be complete next quarter when the new screening plant is commissioned, and then it will take a couple of quarters to ramp up to its full capacity of 300 000 tpm,” he explained.

“The plant expansion at Loulo is a critical step in ensuring that the mine is able to meet its goal of boosting production from the 258 000 ounce level achieved in 2008 to 400 000 ounces by 2010,” he emphasised.

Randgold Resources has also been finalising the detailed planning for Yalea’s sister mine at Gara. “This 400 000 tonnes per month underground operation will be similar to Yalea in terms of mining layout and methods,” Bristow pointed out. “Development is due to start in January 2010 with first ore accessed by the end of that year.”

TONGON WILL PRODUCE IN 2010
The Morila joint venture – also in Mali – successfully completed its conversion from a mining to a stockpile treatment operation during the second quarter, and produced 86 061 ounces of gold, in line with the life of mine plan, at a total cash cost of US$463/oz.

The mine is continuing its drive to reduce costs to ensure that it remains a strong cash generator in its current incarnation. The stockpile is quite large and will keep the mine running as a basic factory operation until 2013.

The Morila mine has produced more than 5 million ounces since October 2000, and has distributed more than US$1.3 billion (R10 billion) to stakeholders.

“Work on the new Tongon mine in Côte d’Ivoire has gained momentum with the start of the major civil programmes for the process plant, and the project is on track to start gold production in the fourth quarter of 2010,” Bristow confirmed.

Capital expenditure on the Tongon mine is expected to amount to US$280 million (R2.2 billion).

“Following a positive scoping study, we are busy with a pre-feasibility study which we intend completing by the end of the year. We announced a 3.4 Moz inferred resource last quarter,” Bristow stated, “and this figure will be updated in the pre-feasibility, which will also reveal a first calculation of our reserve at Massawa. We will then move straight into a bankable feasibility study (BFS),” he pointed out.

“This deposit has the potential to grow into one of the most important finds in Africa,” said Bristow. “In addition, its location just across the border from our Loulo complex, offers significant synergistic benefits. If we proceed with its development – and current indications are very positive – construction should start in 2011, which means Massawa will slot in neatly behind Tongon in our overall plan,” he suggested.

MASSAWA AND GOUNKOTO MAY BE BUILT TOGETHER
The Gounkoto target in the south of the Loulo permit in Mali is also shaping up as a significant new discovery, according to Bristow. “It is also producing exceptionally promising results, giving further substance to Randgold’s confidence in the prospectivity of the Loulo region, and its belief that this could become one of Africa’s major gold fields,” he insisted.

Following the completion of the Phase 1 drilling programme – which confirmed the continuity of a large mineralised system extending more than 1 km and yielding a weighted average true width and grade of18.26m at 9.93g/t – work has started on a scoping study. “On completion in September the company intends moving straight into a pre-feasibility study which will be completed by March next year. Then follows the bankable feasibility study,” said Bristow.

“The schedule is aimed at completing the Massawa and Gounkoto feasibilities simultaneously by the end of 2010 – obviously the objective is to build both mines together,” he pointed out.

“It will take six months to establish infrastructure, so by mid 2011 we should be in construction. We then need 24 months to build the mines – so they should both be ready for commissioning at the end of 2013 or early 2014,” Bristow calculated.

“Obviously we have no production estimates for Massawa and Gounkoto at this very early stage, but I can assure you that both those assets have the potential to exceed Tongon’s profiles, because they are significantly higher grade ore bodies. This would add at least about 600 000 oz pa to our group production, taking it well over the 1 Moz pa mark,” he enthused.

“We are very committed to the development of continued delivery,” Bristow reiterated. “The only way you create value is through new development, and our general focus remains very much organic, unless one finds an opportunity like we think we have found with Moto and the DRC,” he contended.

Moto Gold Mines has accepted the US$488 million (R3.9 billion) Randgold acquisition offer for the company, and AngloGold Ashanti will join Randgold as a non-operating joint venture partner to explore and develop Moto’s gold mine project in Democratic Republic of Congo.

AngloGold will be making a cash payment of US$244 million (almost R2 billion) for a 50% share of the venture, which Moto had expected to start production in 2012, and to produce an average annual output of 400 000 ounces.

“The pace continues to pick up at Randgold Resources,” Bristow said. “Loulo is still increasing its output and the production forecast for the year has not changed; Morila is settling down as a profitable stock treatment operation; Tongon is heading for its first gold pour towards the end of next year; and Massawa and Gounkoto are lining up behind it, at the head of a bulging project pipeline,” Bristow summarised.

“Looking four or five years ahead, and all things being equal, we should have Massawa and Gounkoto in production and we should exceed the 1 Moz mark,” he conceded, “but we have never really been driven by ounces of production. It’s how many profitable ounces we can produce that’s the key,” Bristow concluded. 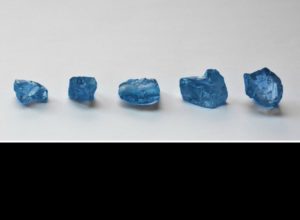