Kinshasa, DRC — MININGREVIEW.COM — 17 June 2008 – The government of the Democratic Republic of Congo (DRC) has announced its intention of starting the re-negotiation of some 60 contracts with major mining companies in mid-July as part of a long-delayed review process in the central African country.

“We plan to start the re-negotiation process in mid-July, and we hope it will go faster,” deputy mines minister Victor Kasongo told Reuters in an interview here. “Everyone wants to finish this,” he added. The re-negotiations will be carried out by a mines review task force of senior ministers, but Kasongo did not say how long he expected them to last.

President Joseph Kabila’s government launched a review last year of 61 mining contracts, many of them signed during the country’s 1998-2003 war. A government mines review panel released a report in March recommending the re-negotiation of a string of major mining contracts in the vast former Belgian colony.

Kasongo said the task force – established after the publication of the review panel’s report – met for the first time on Wednesday, and was seeking legal and technical assistance from foreign auditing firms.

He pointed out, however, that the government was still raising the funds needed to proceed with the re-negotiation. “Many small companies still owe money to the state, and we’re calling on them to pay that money, which we will use to pay the auditing firms,” Kasongo explained.

Interest in the DRC’s once mighty mining sector – which has a tenth of the world’s copper reserves and a third of its cobalt – has boomed since the 2006 elections. 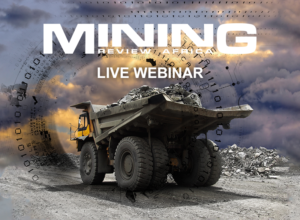