Melbourne, Australia — MININGREVIEW.COM — 12 February 2010 – Leading international mining group Rio Tinto is slightly more upbeat than rival BHP Billiton on the outlook for commodity markets, and has paid its first dividend in a year as it posted a bigger-than-expected half-year profit.

In a statement released here, the company “’ the world’s number three miner behind BHP Billiton and Brazil’s Vale “’ forecast that commodity prices would recover, but might be volatile as governments rein in stimulus spending.

Bloomberg News reports that investors took Rio’s remarks as less cautious than BHP’s, and saw Rio’s decision to step up capital spending after a hefty pullback last year as a sign of its renewed confidence, following last year’s debt crisis at the company.

“Rio has also said it plans to spend up to US$6 billion (R45 billion) on capital expenditure in 2010 and that is a good sign, because it suggests the company is not tied up for cash and is seeing opportunities in the market,” said Constellation Capital Management analyst Peter Chilton.

CEO Tom Albanese said the company had come out of the downturn leaner and fitter, and promised that dividends in 2010 would be at least in line with 2008 before the crisis hit.

BHP also beat forecasts when it posted results on Wednesday, but was more wary about global recovery, holding off from a share buyback. Rival Anglo American is due to report on Friday next week.

The turnaround follows a tumultuous year when Rio spurned a US$19.5 billion (R146 billion) tie-up with China’s Chinalco, sold assets and new shares to more than halve its US$40 billion (R300 billion) debt, and agreed to combine iron ore operations with former hostile suitor BHP.

Investors expect Rio to save cash for growth projects, like expanding in iron ore in Australia and copper in Mongolia.

Rio forecast continued recovery in prices, boosted by strong demand from China, which emerged in 2009 as the group’s biggest single customer, accounting for a quarter of overall sales. “We believe that the factors that drove price recovery in 2009 will continue through 2010,” chairman Jan du Plessis said. 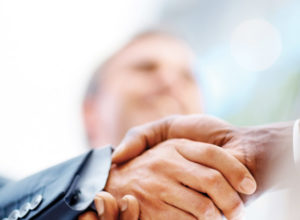